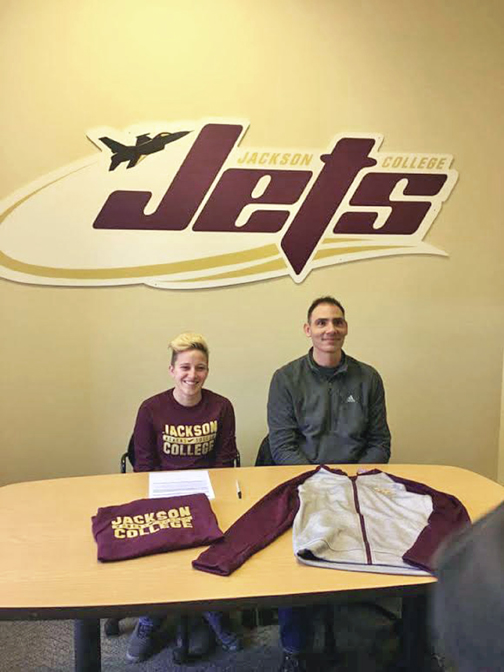 SOUTH POINT — In this case, a bird in the hand wasn’t worth two in the bush.
South Point Lady Pointers’ soccer standout Ariel Dawn McGuffin all ready had a scholarship from Brescia University.
But after a visit to Jackson, Michigan, she opted to attend Jackson College because of the curriculum.
“I decided to go to Jackson for the academics. Jackson was my choice because of the major I wanted — 3D animation — and out of the colleges I visited it seemed more comfortable and I could see myself staying there,” said McGuffin.
Besides 3D animation, McGuffin might double major in graphic design that the school also offers.
As a junior college, McGuffin said she will get a good foundation in her major but acknowledged there is a drawback.
“Because this is a two-year college, I will have to continue my degree at a four-year college. I have also through of going into the Army for multimedia illustrator,” said McGuffin.
But it was soccer that drew the interest of Jet’s coach Andy Hosmer.
McGuffin played center and midfielder in high school and mid/left on her APEX travel team.
“I’m assuming they will play me in midfield,” McGuffin said about the Jackson coaching staff.
“For being a junior college, Jackson has a pretty good soccer team. The travel was a concern of course. I will miss my family and friends her, but I need to make sure I have a good future and I believe Jackson will give that to me. I will have playing time as we are all there for only two years.”
Even though Jackson is a junior college, McGuffin said there is no difference in preparation for the next level.
“I will have to be in shape when I arrive to keep up with everyone else and improve. That will determine my playing time,” said McGuffin.
Ariel Dawn is the daughter of Carmie McGuffin and Christina Boster.

Jim Walker jim.walker@irontontribune.com PEDRO — The South Point Pointers know how to use all their assets. The Pointers parlayed seven... read more