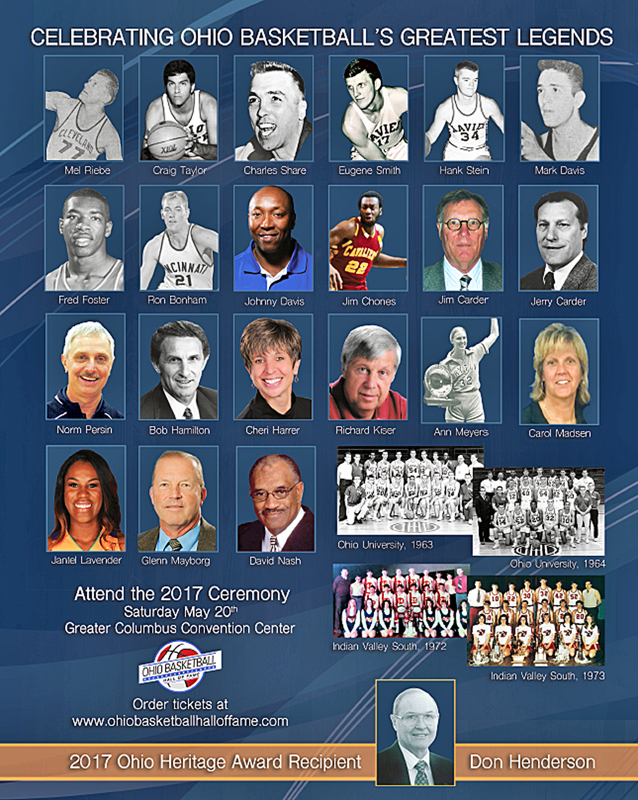 This year’s Ohio Heritage Award Recipient is Don Henderson.
Team inductees are the 1972 and 1973 Indian Valley South High School and the Ohio University men’s tennis teams of 1963-64 and 1964-65.
The Ohio Basketball Hall of Fame recognizes the achievements of both male and female basketball players in high school, college and professional basketball, successful coaches on all levels and those who have impacted the game along the way.
The Hall of Fame began in 2006.
The event will be held at the Greater Columbus Convention Center. For tickets, go online at www.ohiobasketballhalloffame.com