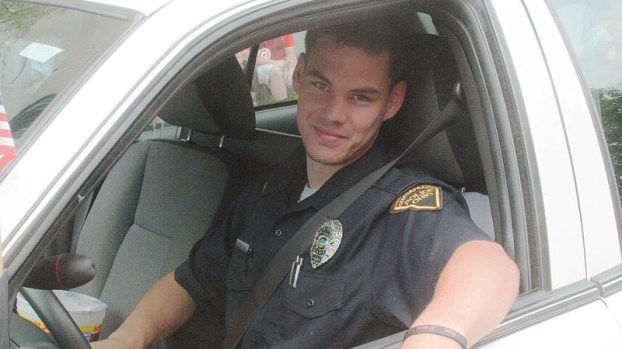 Christian to be inducted into Ohio fallen officers memorial

CHESAPEAKE — Chesapeake Officer Aaron Christian, who died of injuries received in a cruiser crash last year, is set to be inducted into the Ohio Peace Officers Memorial.

Mayor Tommy Templeton announced that an induction ceremony will take place at 10 a.m. on May 4 and will be open to the public.

Templeton said he plans to attend the ceremony, along with members of Christian’s family.

The memorial is located on the grounds of the Ohio Peace Officer Training Academy in London,  and is comprised of two walls featuring names of fallen officers. A flame is located in the center of the grounds, as well as a third circular sitting wall.

Prior to working for Chesapeake, Christian served on Coal Grove’s police force. He also worked security at the 2016 Lawrence County Fair.

Council Member Paul Hart said that, in its history, the village has lost three police officers and one firefighter in the line of duty.

Templeton said Christian will also be inducted into a federal peace officers memorial in Washington, D.C. in May.

Details on that event will be announced later.

Going all the way