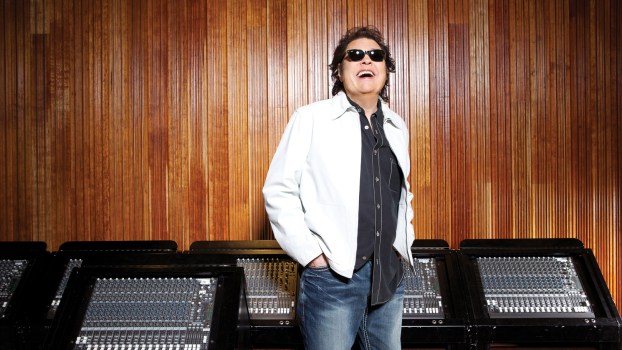 Submitted photo Singer, pianist and Country Music Hall of Fame inductee Ronnie Milsap will perform at 8 p.m. Saturday at the Paramount Arts Center in Ashland as part of his “A Legend in My Time” tour.

NASHVILLE — After more than 50 years in the music industry, Country Music Hall of Fame inductee Ronnie Milsap says keeping himself interested on stage is not an issue, even when he’s performing songs that he’s done hundreds and thousands of times throughout his career.

“It’s the audience,” he said. “They create electricity and make the performer better.”

He said, for his live shows, he follows a setlist, but, often, allows the fans to determine what’s going to come from the stage.

“You know, you can play a big song and all of that, but if they want to hear something, a lot of times, I’ll open it up,” he said. “I’ll say ‘What do you want to hear?’ If they say “It Was Almost Like a Song” or “Smoky Mountain Rain,” we’ll play that.”

Milsap, 74, is set to perform at 8 p.m. on Saturday at the Paramount Arts Center, located on Winchester Avenue in Ashland, as part of his “Legend in my Time” tour. He spoke with the Tribune on Thursday, giving a preview of the show.

He embarked on the series of concerts, billed as a farewell tour in 2014. The title draws from “(I’d Be) a Legend in my Time,” a song by legendary songwriter Don Gibson, which served as one of Milsap’s earliest chart toppers in 1974.

He said he has yet to determine exactly when the tour’s final shows will be.

“I don’t know when it ends,” Milsap said. I love what we’re doing. I’ve got a wonderful band and crew and it’s still working so well.”

Born in Robbinsville, North Carolina in 1943, Milsap was almost completely blind from birth. Raised in poverty by his grandparents, Milsap was sent to the Governor Morehead School for the Blind in Raleigh at the age of 5. He developed his love of music in childhood, with his musical gifts gaining the attention of teachers at the school.

In 1964, he left college to pursue a full-time career in music and recorded his first album in 1971. Milsap dominated the country charts in the 1970s and 80s, amassing 40 No. 1 hits, such as “(There’s) No Getting’ Over Me” and “Please Don’t Tell Me How the Story Ends,” as well as several crossover singles on the top 40 pop charts, including “Any Day Now” and “I Wouldn’t Have Missed it for the World.”

Milsap said he’s been continuing on the tour on weekdays, and, on weekends, is working on his next studio album, his first since 2014, which he said he expects to be released this fall.

“It’s a group of duets,” he said of the project, which will feature guests from various generations of country music. “I’ve recorded with Willie Nelson, Leon Russell, Little Big Town and I just did one with Jason Aldean yesterday. These things are slowly coming together.”

He said he’s looking forward to performing in Ashland.

Saturday’s show marks a return to the Tri-State for Milsap, who made one of his last appearances in the region when he was invited to the Capitol in Charleston by West Virginia Gov. Earl Ray Tomblin to headline the state’s 150th birthday celebration in 2013. His show was well-received by the crowd, especially an a cappella segment in the middle of the performance, which featured a number of doo-wop-style songs.

“I remember that show,” he said. “What a wonderful day it was. The audience was ‘on.’ And when they’re better, it makes the performer better.”

Inspired in his youth by early rock performers, such as Little Richard and Jerry Lee Lewis, Milsap initially began his recording career in a more rock and rhythm and blues style, even backing Elvis Presley on piano on his 1970 on his 1970 hit “Kentucky Rain.”

Just as Ray Charles, one of Milsap’s biggest influences (and eventual friend and collaborator), expanded the genre of country with his cover of Gibson’s   “I Can’t Stop Loving You,” Milsap’s move into the field brought with it a mixture of blues, rock and jazz.

Milsap recalled what he was told by higher ups at his label RCA.

“They said, ‘Milsap, you are a multi-format artist. You’ve got your own studio. Record the songs you like. Don’t be afraid. Do what you do.’”

Milsap says he does little writing of his own, focusing instead “as an interpreter” of songs.

“I’m drawn to a lot of songwriters,” he said, recalling the selection process and noting that, for his final RCA album, he had up to 1,500 songs offered to him to choose to record.

“Nashville is a songwriter’s town. If you’re looking for a certain type of song, you can go to someone and they’ll write it for you.”

When asked who he felt he worked best with, Milsap replied, “Goodness, there are a lot.”

But one name he settled on was that of Mike Reid, with whom he collaborated on 12 No. 1 country singles and won the 1984 Grammy for Best Country Song for “Stranger in My House.”

“Before he got into music, he was an All-American for Penn State and played for the Cincinnati Bengals,” Milsap said. “And he’s a classically trained pianist.”

Milsap has seen the industry change a lot since his first recordings, going from more straightforward country to its current state, in which the charts are topped by pop-country hybrid acts. He says “country music is in a state of flux” and that pursuit of “the almighty dollar” and worldwide fame has weakened it somewhat.

But he remains optimistic about the future of the field.

“And whatever happens, I’m going to be a part of it,” he said.

As for what makes a good country song, Milsap said the genre has a lot in common with the blues.

“It’s about people,” he said. “And everyday situations. The blues is that way and country is that way. There’s a different way of singing and style. There’s always a soul in country music.”

Fannin Automotive in debt to bank for $17.8 million ASHALND — U.S. Marshals were at a Boyd County automotive dealer... read more