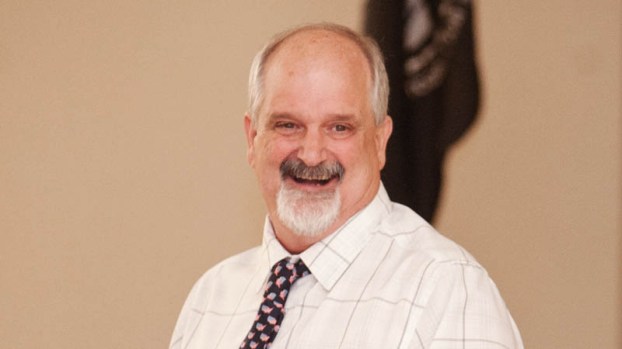 Getting ready for the big parade day

While he was MC-ing the Past Grand Marshal Dinner on Tuesday, retired Judge W. Richard Walton said the reason the Ironton-Lawrence County Memorial Day parade was successful every year was due to the people in the room. That they spend a large part of the year getting all the details of the parade together showed they were “givers, not takers”

That was evident in the speeches that were made. Guest speaker; retired U.S. Army Master Sergeant Richard La Valley talked not about where he had been in his 32 year career, but about his position as the American Legion’s 7th District Ohio commander and helping veterans.

2016 Grand Marshal Julia Jones talked about all the help she got from the parade committee and workers.

2017 Parade Commander Brent Pyles said he was honored to serve a second time as the parade commander.

2017 Honorary Grand Marshall, retired U.S. Army Sergeant Adam Koster, talked about his parents and how it was an honor to do the parade for them and for those he served with.

During his military career, LaValley was in the Army Reserves, joined the Army and became a member of the Airborne Division, a Special Forces jump master, and a sniper.

“I’m not going to tell you a bunch of stuff about myself,” he said. Instead, he talked about veterans and how they do not get the respect they are due. Although that is changing from the way the soldiers returning from Viet Nam when they returned.

He told about being in a Chinese restaurant in West Virginia after returning from a tour of Afghanistan. A little girl and her grandmother approached and the older lady asked if the girl could say something to him. He agreed.

“She looked at me and said ‘I just want to thank you for saving us,’” he recalled. “How do you recover from that? I just hugged her.”

He went on to say there is a difference between Memorial Day and Veterans Day.

“We celebrate Memorial Day for our comrades who are no longer with us, our fallen heroes. We celebrate Veterans Day for those who are still alive,” LaValley said.

He said the best way to celebrate veterans is to thank every one of them.

Jones, a corporal with the Lawrence County Sheriff’s Office, said being the grand marshal of 2016 was one of the best things she experienced, even if she began the year being very nervous.

She said it was the people of the parade committee that helped her get through the year.

“I’ve never been afraid of conquering my own fears, but leading something that was already perfect was very intimidating,” she said. “But we sailed through it and then it was parade week.”

She said she was proud to do things like placing flags on the graves of veterans and doing Navy Night.

“To witness all that was one of the best blessings ever,” Jones said. “I was told to enjoy everything and try to remember it all.”

Jones said that it was amazing to honor the veterans, active military and their families.

“To do that and honor our nation is our great duty,” she said.

Pyles is on the parade’s board of trustees and was the parade commander in 2007 as well as this year.

“It is quite an honor. This parade means so much to me, to (his wife and parade organizer) Lou,” he said. “When it comes to this parade, it means a lot of everyone. This has been a great year and we are going to have a great parade.”

Walton said that Koster is going to have more fun than he ever imagined.

Koster was in the Army and now is a civilian employee with the Department of Defense’s Southern Command in Florida.

Koster was the first in his family to serve in the military and spent 30 years in the Navy and the Army. He served in a number of overseas missions.

He grew up in Coal Grove and remembered attending the parade with his parents every year. He said he always thought it must be amazing to be in the parade.

“The love of country and the pride of country I saw was just overwhelming,” he said. He added that the hardest part of being in the parade would be looking at the spot where his parents always sat and not seeing them because they’ve passed on. “But it is such an honor” to do this for all that served and that “it truly means the world to me.”

Brown thanked everyone involved in the setting up the parade dinner and the previous speakers.

He also thanked the veterans in attendance for their service.

“I am honored to serve as grand marshal for the 149th annual Ironton Memorial Day parade,” he said. “If you come across a veteran during this Memorial Day weekend, please thank them for their service. For it is their strength that give us our freedom and peace.”