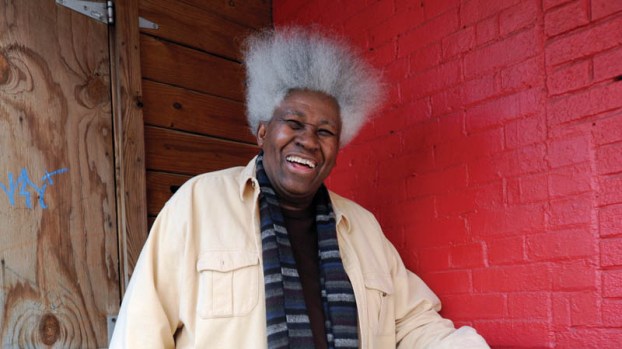 HUNTINGTON — U.S. Capitol police are being hailed for their heroism in thwarting last week’s shooting a baseball practice of Congressional Republicans, where two officers were injured protecting U.S. Rep. Steve Scalise, R-Louisiana, who was taken to the hospital after being hit.

One Tri-State resident shared his memories of serving on the Capitol force with The Tribune.

Phil Carter, of Huntington, has been teaching social work at Marshall University for more than three decades, chairing the department at times.

Carter, a native of Clay County, West Virginia, and is the husband of Beverly Thomas Carter and an in-law of Fred Fox and the late Wilma Fox of Ironton.

In 1959, following graduation from high school, Carter began attending Marshall, the second African American athlete to start at the school, which was majority white.

Carter said his journey to serving on the police force began with demonstrations in Huntington in 1961 to desegregate the city’s movie theaters.

“We couldn’t go to the movies without going through hell,” Carter said of the experience of black attendees. “At the Keith-Albee, you could only go if you were a student or if it was a Marshall Artists Series event. At the Orpheum, you had to sit in the balcony. And at the Palace Theater, you could only go with special permission, usually from your minister.”

Carter and local activists focused their demonstration efforts on the Palace Theater.

“It was the first full-scale demonstration in Huntington of Marshall University students,” he said. “It was led by Bruce Moody, a student athlete from the Bronx, and NAACP President Marshall Grayson was our corodinator.”

Carter said the activism was his introduction to the NAACP, and it was also how he met a supporter who would be a major influence in his life.

Ken Hechler, a former aide to presidents Franklin D. Roosevelt and Harry S. Truman, had come to Huntington in the 1950s to teach at Marshall, following his time in the nation’s capitol. It was there, at the urging of his students, that he ran for Congress, and was elected to the U.S. House in 1958.

Hechler, a legendary figure among West Virginia progressives and Democrats until his death last year at age 102, was the only sitting member of Congress to march with Dr. Martin Luther King at Selma, Alabama in 1965.

A strong proponent of passing civil rights legislation, despite the risk of alienating some of his southern West Virginia constituents at the time, he supported Carter and those demonstrating at the theater.

“Ken Hechler was great for his ability to see things in the context of social, economic and political justice,” Carter said. “He saw things through an ethical lens and was able to translate that into action and people respected him. That was unique.”

It was shortly after the demonstrations that Carter received an invitation to serve on the capitol police in the summer between his classes at Marshall.

“The next thing I knew, I had an invite from Hechler,” he said. “It was the first and only time an athlete received a federal appointment to go to Washington, D.C., and it was the first and last time for any athlete from Marshall.”

Carter served on the Capitol force under Bobby Nelson, one of Hechler’s former students and an aide, who would later go on to serve in the West Virginia Legislature and as mayor of Huntington.

He said the training for officers in those days was not as extensive as it is now.

“First of all, you probably have to learn to shoot straight,” Carter said with a laugh. “My gun training was a quickie. My main thing was ‘Don’t let me have to use this.’”

He said officers were armed, trained to recognize the Congressmen and taught how to facilitate them.

He said his main duty as an officer was primarily directing traffic.

“The Senate and House office buildings are a short walk from the Capitol, and they have X number of minutes to get to a vote,” he said. “When they were on the corner, ready to vote, you stopped traffic.”

He said, while he had no major incidents during his service, he did experience some tension with Congressmen from the deep and still-segregated South, who tried to claim he did not stop traffic quickly enough.

“I might have been written up to Bobby or Ken for that,” he said, but he said Hechler taught him how to respond to such attitudes.
“He told me to brush it off,” he said. “That was how he dealt with things.”

Carter said, in addition to the chance to serve at the Capitol, the time in D.C. helped him to connect to leaders in the civil rights movement.

“I’m thankful for the experience, and the opportunity to meet people while I was there,” he said.

One group he met with were the leaders of Student Nonviolent Coordinating Committee, which included the group’s president, Phil Hutchins.

He said he also got to meet with students from Howard University, a historically-black school in D.C.

“We hung out and I got a chance to learn of their experience and listen to their views,” he said.

Of last week’s shooting, Carter said the actions of Capitol police were “were the absolute spirit of service to your country” in saving the lives of the Congress members.

“They did what they were sworn to do – to protect and serve,” he said. “They saw people being shot, yet they proceeded with courage.”

He said they were dedicated to protecting representatives of all sides, putting their own lives on the line, whether they agreed with them or not, politically.

“That’s a true warrior for social justice,” he said. “I have nothing but praise and respect for them.”

Not in our town