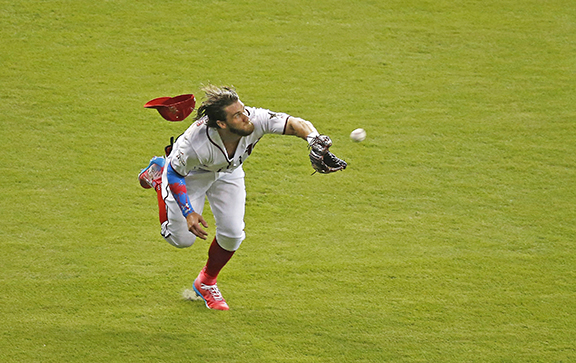 The National League’s Bryce Harper of the Washington Nationals makes a catch on a fly ball by American League catcher Salvador Perez of the Kansas City Royals during the second inning of the MLB All-Star Game on Tuesday, at Marlins Park in Miami, Fla. The AL beat the NL 2-1 in 10 innings. (David Santiago/Miami Herald/TNS)