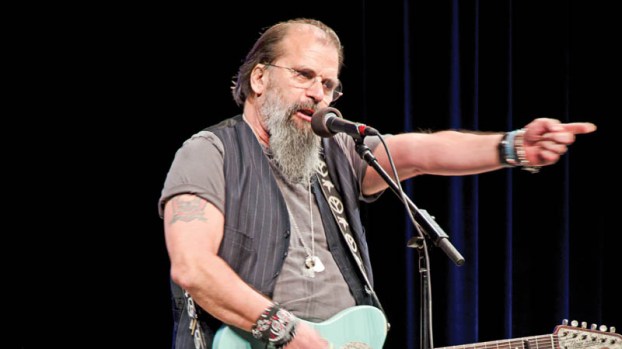 Earle, touring with his band, The Dukes, to promote his latest album, “So You Wannabe An Outlaw,” headlined the show, performing a mix of new tracks, as well as favorites from his back catalog like “Copperhead Road.”

Others on the bill for Sunday’s show included The Sherman Holmes Project, instrumental band Steelism, The Mastersons, composed of two members of Earle’s band, and a spoken word performance from Bil Lepp, winner of the Liars Contest at Charleston’s Vandalia Gathering festival.

The program is recorded at the Culture Center at the West Virginia Capitol Complex, as well as from on-the-road locations like The Keith Albee Theater in Huntington and the Paramount Arts Center in Ashland.

The show has attracted many prominent names in the music industry through out its history, including R.E.M., The Band, Joan Baez, Sheryl Crow, Phish and Wilco.

Cause is unknown ROME TOWNSHIP — Lawrence County EMS were called to a residence on Sunday evening where residents were... read more