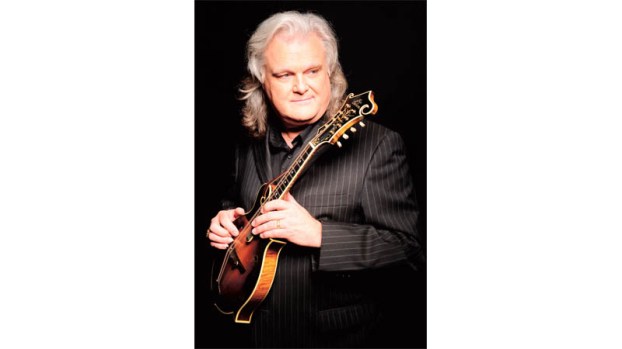 Bluegrass musician Ricky Skaggs will be performing this Sunday at Tecumseh Outdoor Drama in Chillicothe.

Skaggs happy to be back to his roots

Will play Chillicothe this Sunday

NASHVILLE  —   Ricky Skaggs is no stranger to bluegrass music. The 15-time Grammy award winner and Billboard chart topper has been picking mandolin since childhood, and started playing professionally with the Stanley Brothers when he was only 15-years old. Along the way he’s ventured into country music, and mainstream commercial success, but something kept calling him back to bluegrass. For the past 20 years, that’s where his focus has been.

“We started playing bluegrass again, I guess, it was really about ’97, ’96 was when Mr. Monroe passed away, and I think we pretty much went full time bluegrass in ’97,” Skaggs said. “I started my record label, Skaggs Family Records, that year, and we just stayed with it.”

It wasn’t that he disliked country music, he explained. It just wasn’t where he felt he should be focusing his professional energy.
“You know, country music was kind of going to what I would consider more… it was almost like the circus had come to town,” he said. “You know, eight buses and 12 tractor-trailers, and it was just hard to compete with all that. I just really wanted to go back to my roots. Not that I was taking my toys and going home. It wasn’t that at all. It was just that, when Mr. (Bill) Monroe passed away, I felt like that’s what I was supposed to do was to go back to bluegrass and try to pour into young people what he had poured into me, and so many others.”

The tradition and nostalgia play a role, to be sure, but the pure musicality of bluegrass, Skaggs explained, is also a powerful draw, not just for him, but for others with backgrounds ranging from country to rock.

“There is a purity in the music, and an innocence yet, that just draws people in,” he said. “Especially, you know you mentioned Allison (Krause) and Vince (Gill), not only are they great singers, but they’re great musicians too, and I think bluegrass affords you an ability to play, as well as sing. I mean, you can be fulfilled just playing instrumentals. You know, with a great band like I have, Kentucky Thunder, I could do 10 instrumentals in a row and be just as happy as could be. Now the audience (wants to hear you sing), (but) I don’t think they’d get tired of the playing, honestly, because these guys are such incredible players. But I know I would be fulfilled, not having to sing at all. Just stand there and play. But that’s something I think, that players really love about bluegrass. Because I have a lot of friends in rock music that, that’s the thing they love so much about bluegrass is you’re able to play, instrumentally, you can really play your instrument. I mean, Bruce Hornsby, Ry Cooder, Jack White, John Fogerty, all these people that I have met through my career, the one thing they love so much about the music is the ability to play. The instrumentation, the way it’s put together, the vocabulary of the music, and all of that. But that’s just taking the singing part aside. There’s so much about the singing part that I love as well.”

That singing is an important part of the formula. While bluegrass may be known for its virtuosic string players, the other side of that is the singing — lyrics that speak of home and family and heartache, and a vocal style that is as unique as the hills and mountains that gave it life.

“It’s the purity and innocence that’s still in this music,” Skaggs continued. “It’s not been prostituted. It’s not been claimed by the establishment. The big record labels. And I think, you know, that’s a good thing for this music, that it hasn’t been arrested by big, big labels. Because it doesn’t sell the huge big numbers that other labels, like country music labels, they sell such big numbers, and they control so much of it. But bluegrass is a music that, it’s just not going to get played on the radio so much. I mean, obviously, nowadays there’s the internet, and there’s internet radio, and there’s Sirius radio that has their own bluegrass channel, and all that. But I’m talking about radio, like Top 40 Country radio, they’re not going to play your bluegrass songs on those channels. There’s just no room for it.”

But even if the radio doesn’t want to give it room, there are musicians who want to play it, and fans who will seek it out, on the internet or elsewhere. And those fans, like the musicians, are often dedicated and invested in the history of the music. Not just the front men and superstars, but the session players and harmony singers too. Skaggs considers himself just as much a fan of the music as the folks who come to his shows, and even after all these years of playing, still considers himself a student.

“I’ve got a couple different books that people have written on the Stanley Brothers and they talk about, in this one book, it has their complete discography in there,” Skaggs said, “They’ve got copies of the sessions that the Stanleys did for Mercury and Columbia and King and Starday, and people like that, all the labels that they recorded for, and as a student of their music, reading those, I just geek out. Because, as a youngster, I never knew who was playing on those songs. I just liked those solos that they played. Now that I can look and see who sang harmony with Ralph and Carter, and who played fiddle, who played mandolin on this cut, that kind of thing. Who played bass. Who played guitar. ‘I thought that was George Shuffler playing guitar? No, that was Bill Napier!’ Just things like that. So I’m still a student, learning all I can about these musicians, and what all they contributed to make Ralph and Carter’s music so great.”

“It is a lot like jazz,” Skaggs said, when asked about the similarities between the emphasis on improvisation, standards and the styles of different musicians in the two genres, “to the degree that you play from emotion. You’re not reading this stuff off of a chart. We’ve got some great string charts, orchestrations that we’ve done on bluegrass music, when we played with the Boston Pops, or any other of the symphonies or orchestras around the country. And yet, we’re not reading any of it. It’s all coming out of our heads. I mean, we know the arrangements. But just to see, just to watch some of these six-figure a year players, like with the Boston Pops, when they look and see my fiddle player taking a solo on something, and he’s just wearing it out, just blazing, he’s not reading a thing. Just playing completely out of his head. It’s just so impressive to watch. But that’s something about bluegrass that really sets it apart from, I think, from anything else.”

“Maybe you could call it hillbilly jazz,” he continued. “I know a lot of people have referred to it as that. But it’s more than that. It’s not as jazz as jazz. It doesn’t go into the dark keys, and those kinds of things. But that’s a whole different discussion too.”

Skaggs also gave a nod to the role that jazz and swing had in the development of string music, including bluegrass.

“I’m a big fan of Django Reinhardt and (Stéphane) Grappelli and those guys from the ‘30s,” he said. “Gypsy jazz is much like bluegrass in a way. They were just playing a different vocabulary, different chords, and a lot of the melody lines in gypsy swing is out of a minor key many times, as opposed to bluegrass being so much out of a major key.”

That high lonesome bluegrass sound is mostly what you can expect from Skaggs for his show on Sunday night in Chillicothe, though he might surprise you. He worked up a couple Django tunes for his son’s wedding that he then introduced at the Ryman Auditorium last year to great success. He said he planned to bring some of them back for the 125th anniversary celebration of the theater on Thursday night.

“We want to tell that story (of Ryman’s salvation and subsequent building of the theater, originally known as the Union Gospel Tabernacle), and also do some songs that would have been sung in that building in the early 1890s,” he said. “But we also introduced last year some Django music. We worked up kind of a swing set for my son, when he got married he wanted some old-time fiddle music and he wanted some Django and Grappelli swing music at his wedding reception. So we thought, ‘man, this is so good, we’ve got to do this somewhere else.’ So we ended up doing it last year at the Ryman. Did a few songs and they loved it. I was so surprised that they loved it. So we’re going to do probably another song or two this year.”

Could we see some swing tunes in Chillicothe as well?

“We might,” Skaggs teased. “We have some players that are going to join us (at the Ryman on Thursday) that won’t be with us up there, but we might do something like that in Chillicothe. I certainly will have a fun show up there. I’m looking forward to it. I’m going to have a lot of family come up from Kentucky. Some from Columbus are going to come down. So it’s going to be a really great time and a great show.”

Ricky Skaggs and Kentucky Thunder play at 7 p.m. this Sunday as part of the 2017 Live on the Mountain concert series at the Tecumseh Outdoor Drama in Chillicothe.