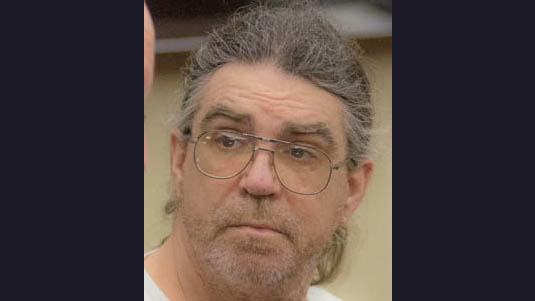 File photo/The Tribune William Elkins Sr., of Chesapeake, has been convicted of aggravated murder with a firearm in the 2015 shooting of Ricky L. Crager, of South Point.

Sentenced to life in prison, plus one year

A jury has convicted a Chesapeake man of aggravated murder with a firearm for the 2015 shooting of a South Point man.

William Elkins Sr. was found guilty on Wednesday afternoon by a jury in Judge Charles Copper’s courtroom in Lawrence County Common Pleas Court, after around an hour and a half of deliberation. The verdict came on the third day of the trial.

Elkins was convicted for the May 15, 2015 shooting of Ricky L. Crager after Elkins claimed to have found him having sex with his wife.

However, texts messages exchanged between Crager, Elkins and Elkins’ wife, Terri Elkins, paint a more complex picture. Those texts, as well as testimony from both William Elkins and Terri Elkins, indicate that the couple had invited other individuals into their bedroom before, including Crager on at least one previous occasion.

The text record shows that Terri Elkins sent a text message to William Elkins telling him that she was inviting Crager over, and indicated that she wanted him to join them, even closing the text message with a series of Xs and Os. Crager also texted Elkins to let him know that he was at his house. Elkins, however, did not see those texts because he was fishing. When he did return to his truck, to get a beer according to testimony, he saw the texts and responded to his wife that the fish were just beginning to bite. When Terri responded that it was “too late,” Elkins responded back “No, (expletive), I’ll kill you both.”

Terri responded to that with “Too late, we’re already waiting on you.”

While defense attorney Gene Meadows characterized Elkins behavior as the passionate response of someone who felt betrayed by the infidelity of his wife and best friend, and argued that he never meant to kill Crager, Prosecutor Brigham Anderson saw things differently. Anderson argued that Elkins was angry because he wasn’t in control of the sexual encounter, and that he became angrier as Crager and Terri Elkins failed to return his text messages.

Elkins then got in his truck, stopped for gas and drove home, where he shot Crager twice. Once in the arm, and a second time, fatally, in the shoulder with the bullet going down toward the heart and lungs.

Meadows argued that Elkins shot once in the air, a warning shot, and that the text message threats were only intended to “scare” Crager and Terri Elkins into not having sex. Meadows attempted to argue that the gun discharged while Terri and William Elkins were struggling for it, making the fatal shot an accident. However, Elkins told detectives that after shooting Crager the first time, in the arm, his .22 pistol jammed, and that he had to clear it before firing the second shot. He also told detectives that he then instinctively placed the gun in his back pocket, where police arriving on the scene recovered it, before retrieving his .38 and holding it to Terri’s head.

In the recorded confession to Detective Bollinger, Elkins told the police, “he (Crager) fell down and she (Terri) went in the house.” According to Elkins he “certainly considered killing her, too.” When Bollinger asked, “Why didn’t you?” Elkins responded, “love, I guess.”

He went on to say he shouldn’t have done what he did, but “I felt like I was defending my home place.”

Meadows used the fact that he didn’t kill Terri, despite threatening to do so in the text, to argue that rather than a planned course of action, Crager’s death was a tragic accident resulting from the struggle for the gun.

“He was reckless, certainly,” Meadows said. “He shouldn’t have had the gun. He shouldn’t have gone there.” But, he argued, the state failed to prove he acted purposely, and with prior intent and design. In that case, Meadows said, the jury should return a verdict of a lesser charge.

Prior to sentencing, Crager’s son, Ricky Crager Jr., addressed the court, noting that his father had, “a lot of friends and family members that loved him.”

“I recall, at the funeral, my nephew saying, ‘Is that grandpa?’” Crager Jr. said, his voice cracking. “Words that will haunt me the rest of my life.”

Crager Jr. told the judge that what had been taken from his and his family could never be returned.

“He couldn’t be there for the birth of my first child,” Crager said. “She’ll never know her grandpa. She’ll never know his voice. Never get to go fishing or play music with him…. No time will give that back to us.”

Elkins also addressed the court and Crager’s family before sentence was passed.

“I’ve done it before,” Elkins said, “but I want to apologize to the family. If there was any way to bring Rick back, I would. What happened was not worth spending the rest of my life in prison for.”

Elkins also begged the court to “realize I’m not a menace to society,” before stating that his actions had already “taken my life as much as Rick Crager’s.”

He also pointed out that, although, as the prosecution had noted, he had previously shot his son in the buttocks during an altercation, he was, “never charged with a crime” for that shooting. He then begged the court for mercy in his sentencing.

Cooper, however, was inclined to follow the recommendation of the prosecution.

“The considerable amount of reflection and time available,” Cooper said, made his actions particularly reprehensible.

Cooper then passed the sentence of life without possibility of parole, with an additional one year for the gun specification.

Elkins had originally pleaded guilty to voluntary manslaughter in 2015, but withdrew his plea, sending the case to a jury trial.

Elkins also indicated that he wished to appeal this decision, and Cooper told defense that he would have a new attorney appointed for that appeal, so that there could be “fresh eyes” on the case.

‘BEST’ campaign kicked off in county For the past several weeks, the Lawrence County Commission has been pushing for the... read more