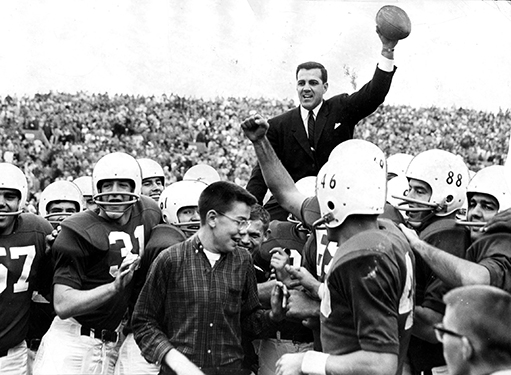 Coach Ara Parseghian salutes the Dyche stadium crowd with the game ball as his Northwestern Wildcats carry him off the field following their 21-0 victory over Ohio State on Nov. 1, 1958. Parseghian died Wednesday at the age of 94. (Chicago Tribune historical photo/TNS)

Sentenced to life in prison, plus one year A jury has convicted a Chesapeake man of aggravated murder with a... read more