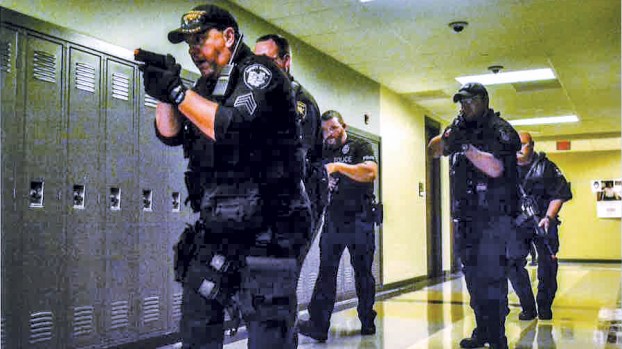 Jim Howard, director of secondary education at the school, said fire, EMS and police from throughout the region were invited to take part in the event, which encompassed about 200 people on the grounds of the vocational school.

He said crews also responded to a simulated fire within the school, with the perpetrators still on hand. Evacation skills were also tested, with crews removing people and taking them to a nearby subdivision.

Howard, who has also ran the police academy at the school for more than 30 years, said the entire event lasted nearly four hours.

“It was really good,” he said. “And we had professional evaluator who reported back.”

He said the findings are key to crews to better prepare for an actual event.

“They can look at the reports and see what mistakes were made,” he said.

He said this was the first countywide drill in eight years.