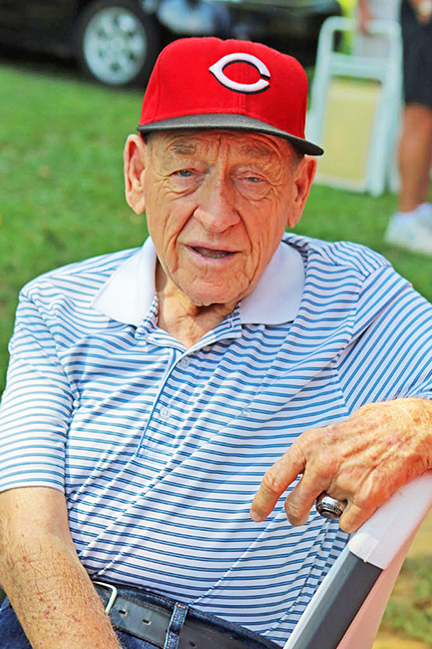 CINCINNATI — The Cincinnati Reds offer condolences to the family and friends of longtime front office executive Gene Bennett, who died Wednesday in Portsmouth at age 89.
Reds’ President and Chief Executive Officer Bob Castellini said, “Gene was one of the game’s great scouts. He loved baseball, loved his team and forever changed the way we looked for talented players. He will be missed.”
“Gene has been part of the Reds’ family for more than 60 years,” said Reds President of Baseball Operations, General Manager Dick Williams.
“His legacy touches not only our organization but also the baseball scouting fraternity. He made countless contributions to the success of our proud franchise.”
Bennett was a senior special assistant to the Reds’ general managers from October 1992 until he retired in January 2011. After signing as a player in 1952, he began scouting in 1958 and was promoted to scouting supervisor in 1975.
His notable signings include Reds Hall of Famers Don Gullett, Barry Larkin and Chris Sabo along with Jeff Russell, Charlie Leibrandt and Paul O’Neill.
“Gene had a major influence on me not only in baseball, but in life in general,” said Vice President, Assistant General Manager Nick Krall, who has worked in the Reds’ front office since 2003.
“We talked about baseball, giving back to the community and family. I can’t begin to describe how much I appreciate him for taking that time for me.”
Bennett received the Topps Scout of the Month Award 12 times and in 1988 received the Topps All-Star Scout Award.
In 1996 he was elected to the Middle Atlantic Major League Baseball Scouts Hall of Fame.
In January 2009 Bennett received the Legends In Scouting Award from the Professional Baseball Scouts Foundation and at the December 2009 Winter Meetings he received the Midwest Scout of the Year Award.
Cooperstown Hall of Famer Larkin, a 12-time All-Star and the National League’s Most Valuable Player in 1995, said in January 2011 when Bennett retired, “Gene not only is a great scout, as anyone in baseball will tell you, but he also is such a wonderful person. He will be missed by everyone in the game.”
Gene was preceded in death by his wife, Loretta. They have a son, David, a daughter, Cathy, and four grandchildren.
Funeral arrangements are pending.