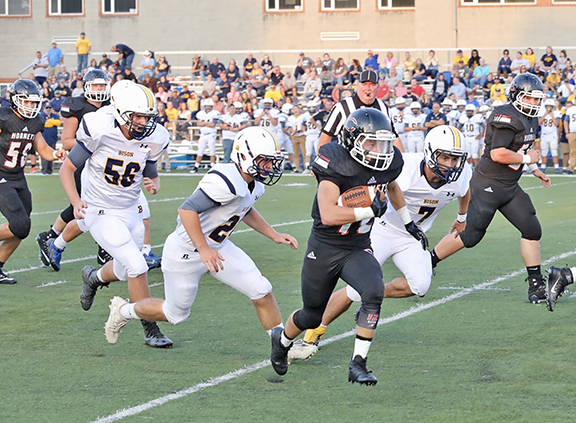 Coal Grove Hornets’ tailback Kyle Sites is off and running on a 47-yard touchdown gallop in the second quarter of Friday’s season opener. Sites had five touchdowns as the Hornets routed the Buffalo Bisons 51-6 to give coach Evan Ferguson a win in his coaching debut. (Photo Courtesy of Tim Gearhart)

Jim Walker jim.walker@irontontribune.com   PEDRO — It was a good first game performance for the Rock Hill Redmen. They made... read more