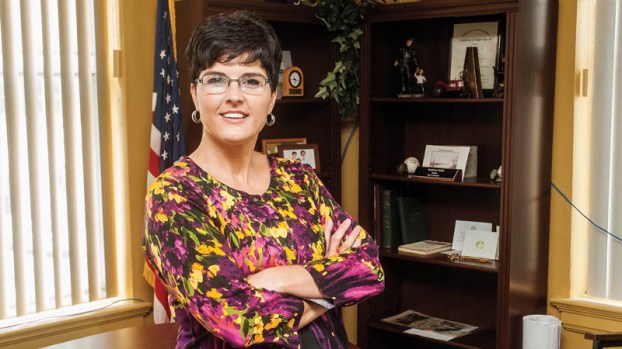 Ironton Mayor Katrina Keith is trying out a new concept, connecting with the city’s citizens via videos on Facebook.

Called “Mayor’s Minutes,” Keith said that every Friday she is going to try to post a new video on the city’s Facebook page, Ironton, OH-Government.

She said the idea was a continuation of making how the government functions more transparent.

“This really developed from the town halls we were doing,” Keith said. Over the past couple of months, the mayor and other city officials would have public meetings to talk about issues facing the city, such as the new EPA-mandated levels of mercury and phosphorus that comes out of the waste water plant.

“It was just hard for people to be able to come to the meetings, so we wanted to come to the people,” she said. “Not everyone can come to a city council meeting because they have to work. So let’s open up, be transparent and bring the information to the people via social media.”

So far the mayor has done three videos, with the first being released on Aug. 18. The introductory video has 3,755 views as of Tuesday morning and a video from Rally on the River has 1,800 views.

There is also one in which Keith talks about the new blue lights on the Oakley C. Collins Memorial Bridge.

Keith said she would do a couple videos a month.

“We are going to do, maybe, two videos a month that just talk about the city,” Keith said. “We’ll just do ones on things throughout the city.”

She said the subjects would be on things that people ask her about or issues facing the city.

Keith said she has gotten excellent feedback so far.

“People are saying ‘Katrina, this is fantastic, this is something that is needed. It makes sense to us now why the streets aren’t getting paved or why you using patching materials,’” she said. “The videos are educational tools.”

She said many people just don’t understand sometimes why the city just can’t pave all the roads or why certain things take a while to get done.

Keith said she wouldn’t have a problem coming up with two videos a month.

“Oh, we have subjects,” she said, with a laugh. “We’ll talk about how shopping in Ironton makes a difference. For example, if you buy $20 or $30 worth of gas here in Ironton, we get the gas tax which pays for paving the roads.”

Demolition under way on portions of Grandview Inn

LEDC plans to redevelop remaining building, site SOUTH POINT — Demolition is under way on a portion of the Grandview... read more