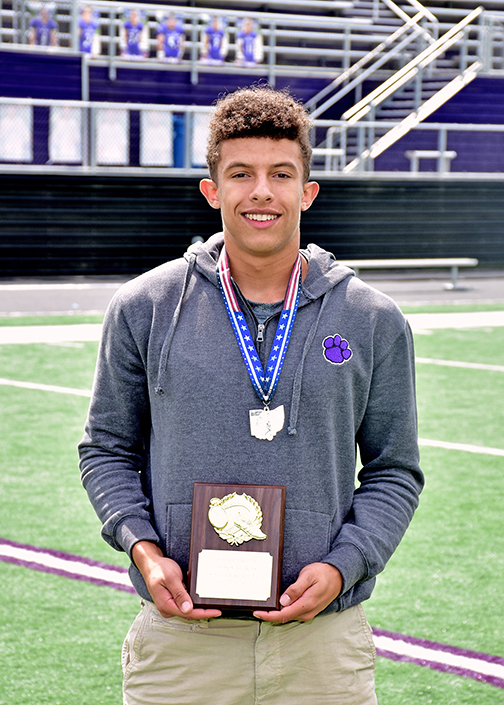 CHESAPEAKE — The track season went just as fast last year for Cecil Fletcher as he runs.
The standout 400-meter sprinter was unable to begin the track season last spring until May due to February surgery on his shoulder.
But once he returned, Fletcher ran well enough to earn the Southeast Ohio District Track & Field Coaches Association Division III Co-Player of the Year.
Fletcher worked to get back in shape and was good enough to win the 400-meter dash in the Ohio Valley Conference meet and won a third straight Division III district 400 and advance to the regional meet for the third straight year.
Fletcher finished fifth in the regional meet finals — four-tenths of a second from a third state meet appearance.
“To have surgery in February and work his way back to run by May and have the success he did was a tribute to his work ethic and determination,” said Panthers’ track coach Tyler Marcum.
“He worked really hard to be successful.”
At the state meet in 2016, Fletcher was fourth in the Division III 400 meters with a 49.93 time. He qualified for the Division II state meeting as a freshman and ran a 51.19 time.

INDIANAPOLIS (AP) — Jeff Brohm produced a blockbuster hit in his Purdue coaching debut. He expects the encore to be... read more