Lady Vikings down CG in volleyball 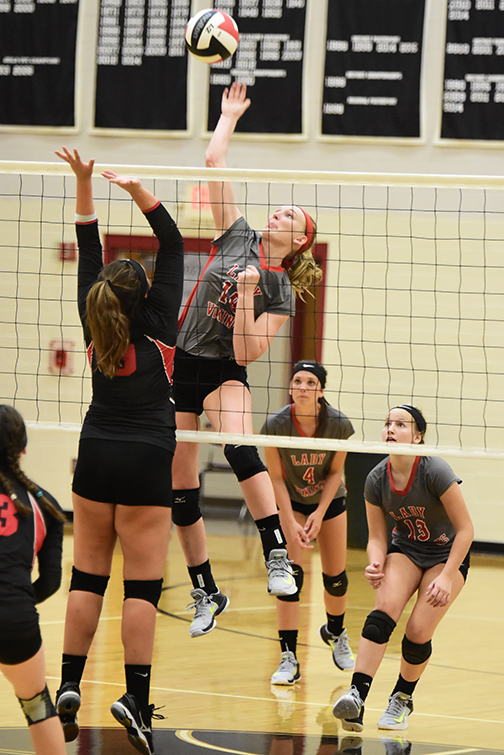 Symmes Valley Lady Vikings’ Taylor Webb (right) goes up for one of her 12 kills during a three-set volleyball win over the Coal Grove Lady Hornets on Monday. (Kent Sanborn of Southern Ohio Sports Photos)

COAL GROVE — The Symmes Valley Lady Vikings didn’t want to do any more than they had to do.
The Lady Vikings took a three-set non-league volleyball win over the Coal Grove Lady Hornets on Monday.
Ericca Ross and Morgan Jenkins had eight serving points each with Ross getting four aces and Jenkins three.
Taylor Webb had a strong game with 12 kills and 10 digs. Kaitlyn Crabtree registered seven kills and eight digs.
Rachael Hayes added seven assists and nine digs to the winning effort.
In the reserve game, Symmes Valley won 25-19, 25-17.
The Lady Vikings host Sciotoville East at 5:30 p.m. Tuesday in a varsity-only game.

Lewis says loss was one of his most disappointing

CINCINNATI (AP) — A season honoring some of the Bengals’ greatest players has started with one of the worst losses... read more