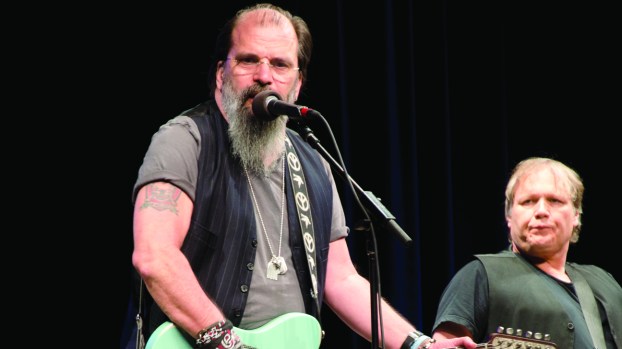 ASHLAND — Musician Steve Earle is set to perform at the Paramount Arts Center on Sunday, Dec. 10.

Earle, best known for his hit 1988 “Copperhead Road” and his acclaimed 1986 debut album “Guitar Town,” is known for his traditional country sound and political-oriented songwriting.

He is touring in support of his latest album, “So You Wanna Be an Outlaw,” a tribute to his influences Willie Nelson and Waylon Jennings.

Earle’s opening act will be The Mastersons, comprised of husband and wife duo Chris Masterson and Eleanor Whitmore. The two also serve as members of Earle’s backing band, The Dukes.

On Thursday, Ironton aLive hosted a business after hours event at the Chat Room Café. The speaker was Bob Braun,... read more