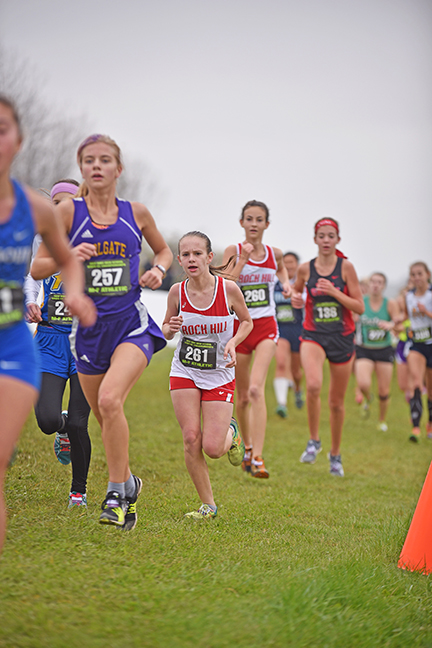 HEBRON — Bella Stevens and Camryn Miller were running with the best of the best. And they were running well.
Stevens and Miller — both freshmen — became the first Rock Hill Redwomen to run in the Division III state cross country meet on Saturday at the National Trail Raceway.
Stevens was No. 78 overall with a 20:37.1 time in the 5K race while Miller was just five spots back at No. 83 with a 20:42.4 clocking.
A total of 183 runners participated in the state meet.
Emma Watcke of Minster was the overall winner with an 18:38.4 time. She helped Minster win the team championship with 34 points.
Mount Gilead was a distant second with 131 points and McDonald third with 138 points.

HarbisonWalker to host job fair for 40 positions The CEO of the company set to open a new manufacturing site... read more