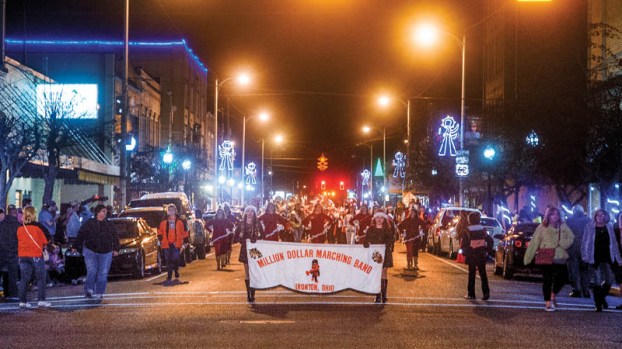 Kicking off the season

People lined the streets downtown to kick off the holiday season and watch the annual Ironton Christmas Parade.

The event, organized each year by the Ironton Lions Club, was preceded by a chance for children to meet Santa Claus during the line-up.

Families lined Third Street and the surrounding area, with children eager to collect the candy thrown out by parade participants.

The Paramount Players joined the parade this year, their first time involved.

The parade concluded with the arrival of Santa in a Jeep.

Downtown tree was replanted at city garage around 25 years ago The downtown Ironton Christmas tree set up at the... read more