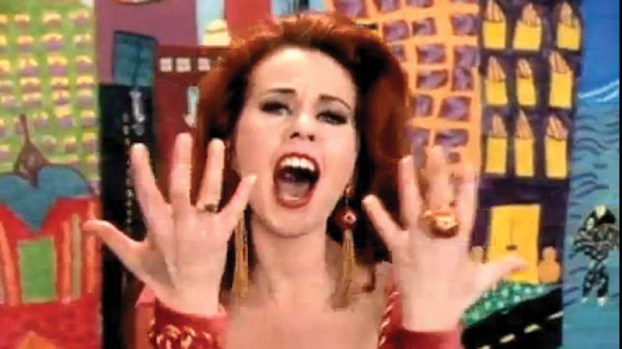 The West Virginia Music Hall of Fame has announced that B-52s vocalist Kate Pierson will take part in the Feb. 10 induction ceremony for the hall.

“Ann is an actress, innovator, performance artist, musician and wild child who helped define the New York post-punk art and music scene,” Pierson, who recently recorded with Magnuson, said in the announcement. “And she blasted through it all with some serious fun and madness!”

Pierson joins a line-up that already includes pioneering punk singer Patti Smith, who will be on hand to honor her late husband Fred “Sonic” Smith, a West Virginia native and member of influential band the MC5.

The ceremony will take place at the Culture Center Theater in Charleston and will be broadcast live across the state on West Virginia Public Broadcasting.

Advance general admission tickets are $75 and $95 at the door. “Preferred Tickets” are $250 and include admittance to the Friday night meet and greet, the Governor’s Reception before the event and the after-show party.

Tickets are available at Taylor Books and through the West Virginia Music Hall of Fame web site at www.wvhof.com and the music hall’s office at 304-342-4412.

COLUMBUS (AP) — In one of their last acts of the year, Ohio lawmakers moved Wednesday to ban abortions based... read more