Magic of the season 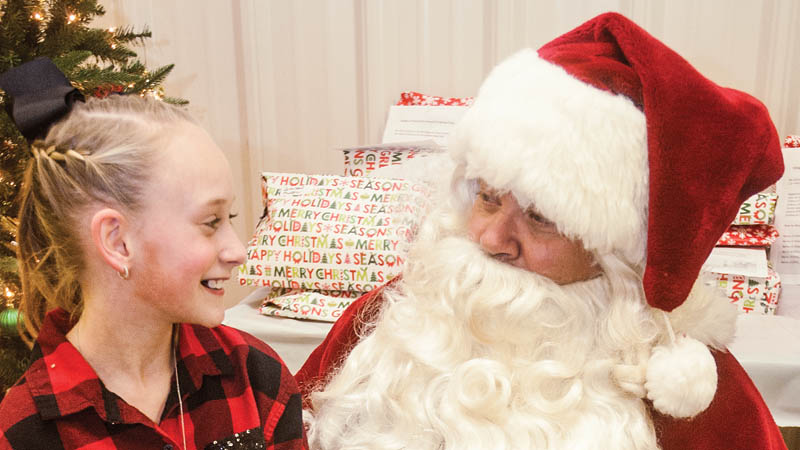 PROCTORVILLE — For the past 17 years, children in the village of Proctorville have been treated to a Christmas party.

Mayor Rick Dunfee said the tradition began when he was approached by an anonymous donor, well before he took office, who wanted to do something for children during the holidays.

Dunfee and a small group have used the funds each year to host the event at the volunteer fire department’s bingo hall.

On Thursday night, About 60 people attended and the children were treated to a performance from magician Gary Booth, of Wayne, West Virginia.

Booth, who regularly performs at schools throughout the area, including a recent stop at Fairland West Elementary, brought animals, such as a rabbit and dove, did ventriloquism and made animals and hats from twisting balloons.

Dunfee said Booth is a repeat visitor to the event and this was his fifth appearance.

After his performance, a pizza party took place, followed by a visit with Santa and the opening of presents.

Dunfee said he hopes the event will continue each year.

“It’s two and a half hours of pure fun,” Dunfee said.

He also said the village had a contest for Christmas lighting, with the winners being Teresa Beter for Traditional, Maye Scaberry for Most Creative and Lil Stapleton for Most Christmas Spirit.