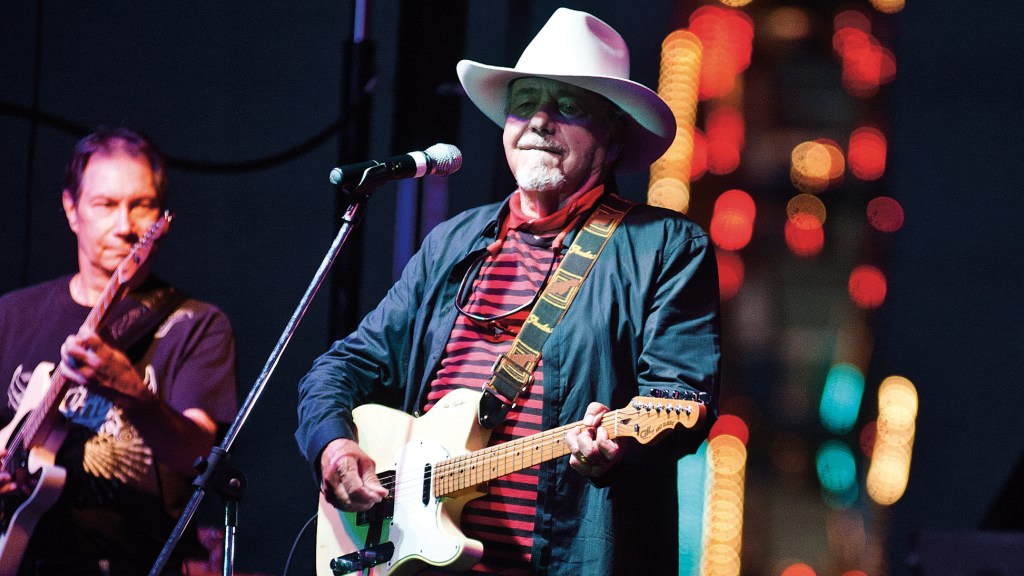 THE TRIBUNE/JESSICA ST JAMES Bobby Bare during his performance at the 2014 Lawrence County Fair. The Ironton native will be returning to the area and will be playing in April in Portsmouth, along with Ricky Skaggs, to raise money for the city’s floodwall murals.

Ironton native to appear with Skaggs at mural benefit show

PORTSMOUTH — Ironton’s favorite son will be making a return visit to the region this spring to help benefit a good cause.

Country Music Hall of Fame member and Lawrence County native Bobby Bare will perform on April 27 at the Vern Riffe Center for the Arts at Shawnee State University in Portsmouth.

Bare will appear on the bill, along with headliner Ricky Skaggs and Kentucky Thunder, as well as Portsmouth natives Rick Ferrell and Jacob Tolliver.

The proceeds for the show will toward the murals, located on the city’s floodwall. The project began in 1992 and more murals have been added in the following decades.

Bare, who will turn 83 in April, was born just outside Ironton.

He is best known for his hits, including “Detroit City,” “500 Miles Away From Home” and “Marie Laveau.”

Many of his most popular songs were written with his friend, poet and author Shel Silverstein.
Bare, who was inducted into the Country Music Hall of Fame in 2013, has seen his career span more than 50 years.

In 1998, he formed the band Old Dogs, along with his friends Jerry Reed, Waylon Jennings and Mel Tillis, and released a self–titled album of songs penned with Silverstein.

His most recent album, “Things Change,” which features a duet with Chris Stapleton, was released in May and received critical acclaim.

When discussing his latest album with The Tribune this spring, he talked about one of his earliest influences, and said he could still remember the first time he heard Hank Williams’ “Long Gone Lonesome Blues,” while hitchhiking near Ironton.

“I could take you back to the exact spot where I heard it,” Bare said. “When you hear a great song, it’s life-changing. You remember exactly where you were. It’s like time stops.”