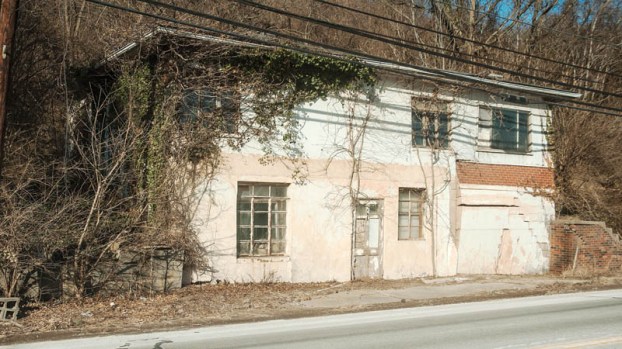 The Curry property, located along Rockwood Avenue in Chesapeake. The home is one of five slated to be demolished, along the street, by the county land bank this month.

Land bank targeting five structure for next round of teardowns

CHESAPEAKE — Five dilapidated properties on Rockwood Avenue in Chesapeake are the next on the list for Lawrence County’s land bank to tackle.

County treasurer Stephen Dale Burcham, who serves as the land bank’s president, said demo bids would be awarded for the structures at the land bank’s meeting on Thursday, Jan. 11.

One of the structures being addressed is the “Curry Property,” an abandoned building located immediately adjacent State Route 7.

The building, which overhangs the road, has long been deemed an eyesore by Chesapeake officials and Mayor Tommy Templeton asked Burcham, when he visited a council meeting last year, to make it a priority for the land bank.

Burcham said, after the meeting next week, a 10-day notice would be issued to the Environmental Protection Agency for “if they want to show up and watch.”

He said, following that, he hopes the contractor can begin demolitions around Jan. 21-22.

The land bank, which began operating last year, targets dilapidated properties that are abandoned and tax delinquent. Once a structure is demolished, the land is brought up to construction grade and resold.

IFD deals with subfreezing weather to fight fire The Ironton Fire Department had to battle the elements to put out... read more