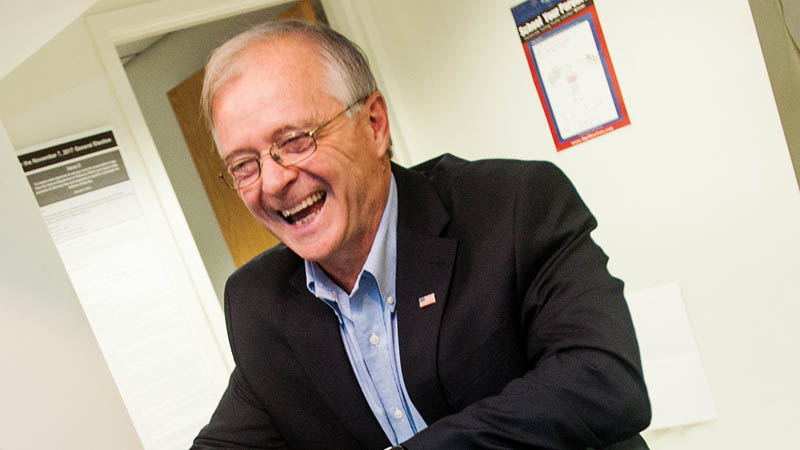 McCollister to focus on economic development

He was the first person in the county to file to run in the 2018 election.

McCollister had announced his intention to run back in October at the 2017 Lawrence County Democratic fall dinner.

“I have always been interested in politics,” he said, adding that he has a PhD in political science and had avoided getting involved in elected politics. He added that as a teacher he had seen his classes decline in size and the gradual decline of Lawrence County.

“There comes a point when you have to say to yourself ‘You going to sit back and watch things continue to decline or are you going to try to do something about it?’” he said. “So I decided this was the year I was going to jump in and try to make things better.”

He decided to file early in the year because he wanted to talk to people across the county and get a feel for what their concerns were. He also has to raise money for his campaign.

“As a public servant and a high school teacher and football coach, I can’t self-finance a campaign,” McCollister said. “There are a lot of things I have to do and a lot of people I have to meet. It pays to get started early.”

He has worked with Coach Todd Knipp for the past decade.

McCollister said that he is talking to people across the state to build a platform for when he goes out to talk to voters.

He wants a platform that brings 21st century jobs to the area.

“We want jobs that are on the cutting edge,” McCollister said. “I want to make sure we are coordinating our public schools, that the schools are preparing students for 21st century jobs.”

And he said there has to be a focus on the opioid crisis in the area.

“I will be rolling out very specific proposal on all those things over time,” McCollister said.

He will be running for the Lawrence County Commissioner seat currently held by Freddie Hayes Jr. who is up for re-election this fall.