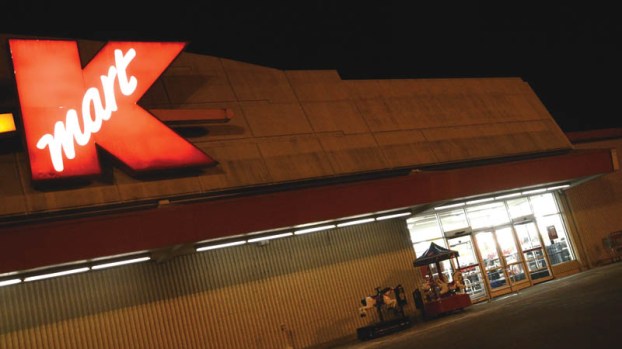 The Kmart store, located on U.S. Route 60 in Huntington, is slated to close by April. Sears Holdings announced the closings of dozens of Sears and Kmart stores across the country on Thursday.

HUNTINGTON — Sears Holdings announced on Thursday the closing of 64 Kmart locations and 39 Sears stores in 29 states.

Among those on the list was the Huntington Kmart store, located on U.S. 60, east of the city.

The store, set to close by April, is the last of the chain’s locations in the Tri-State area. Since 2002 Kmart locations have closed in Ashland, South Point and New Boston.

“Sears Holdings continues its strategic assessment of the productivity of our Kmart and Sears store base and will continue to right size our store footprint in number and size,” the company said in a news release. “In the process, as previously announced we will continue to close some unprofitable stores as we transform our business model so that our physical store footprint and our digital capabilities match the needs and preferences of our members.”

With the closure, the nearest Kmart locations remaining open are in Grayson, Kentucky and Teays Valley, West Virginia.

The Sears store at the Huntington Mall was spared from the closure list.  The company closed its Ashland store, located at the KYOVA Mall, in 2014, as well as its Charleston, West Virginia store and automotive center last year.

A pioneer in the discount chain model, Kmart was once the largest company of its type and was second only to Sears as the nation’s largest retailers. Its slogan of “Attention Kmart shoppers,” along with its signature Blue Light Specials, indoor restaurants and 25-cent merry-go-round rides became part of the American pop culture landscape in the 1970s and 80s.

In 1990, the chain was overtaken by Walmart and, following financial difficulties, filed for bankruptcy in 2002.

In 2004, the company was purchased by Sears for $11 billion. However, the merger did not turn Kmart’s fortunes around. Operating 2,171 stores at its peak in 2000, the chain now numbers only 510 locations.

Sears has itself undergone a collapse. Following peak profits in 2006, the company has lost $10.4 billion and has dropped to 23rd place among U.S. retailers. The company has shrunk from 3,500 stores in its prime to its present number of 695 locations. In addition to store closings, Sears has sold off some its signature brands such as Craftsman tools.

Despite efforts to save the company, financial analysts have predicted a bad outlook for stores. Both Sears and Kmart were named last month by the Wall Street Journal as brands the publication predicted would disappear in 2018.

Sears Holdings says liquidation sales at some of the closing stores could start as early as this week.