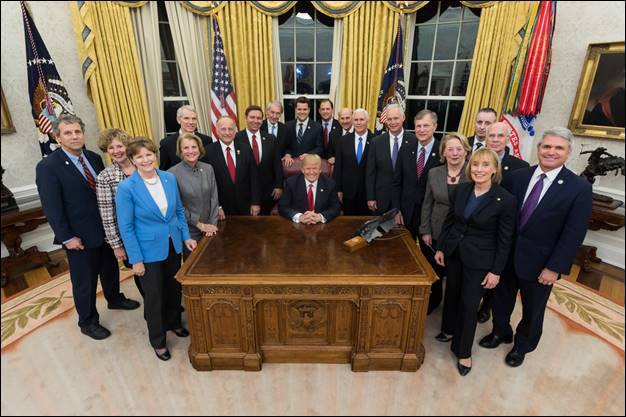 INTERDICT Act is to keep drug out of U.S.

WASHINGTON — U.S. Sen. Sherrod Brown appeared at the White House on Wednesday, where President Donald Trump signed into a law a bill the senator had sponsored aimed at keeping fentanyl out of the United States.

Brown introduced the INTERDICT Act, which passed the Senate unanimously, and is geared toward providing U.S. Customs and Border Protection (CBP) with additional hi-tech screening equipment and lab resources to detect the drug, behind many fatal overdoses, before it enters the U.S.

Brown was at the White House along with U.S. Sen. Ed Markey, the colleague who helped craft and pass the INTERDICT Act.

Brown’s legislation was endorsed by several law enforcement groups, such as the Ohio Fraternal Order of Police and the Buckeye Sheriff’s Associations, and it was also supported by Ohio’s Republican U.S. Senator Rob Portman.