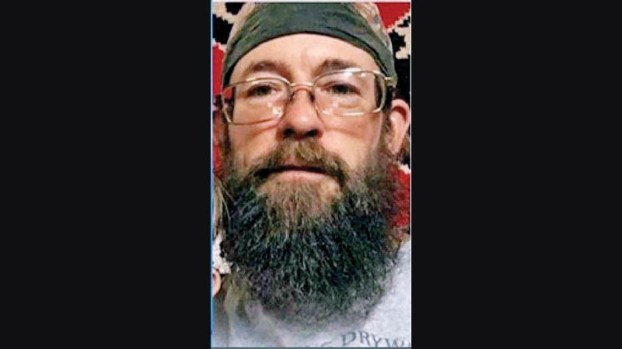 Billy Harper had disappeared in April 2016

Bones found in the woods of Wayne National Forest have been identified as those of Kitts Hill man who has been missing for two years.

Late Tuesday afternoon, forensic investigators from the Ohio Bureau of Criminal Investigation confirmed DNA from the skull matched samples from Billy Harper who was reported missing on April 20, 2016. A leg bone and skull with teeth intact were found in Aid Township on Nov. 25 by an out-of-state-hunter on Nov. 25.

One near the right temple appeared to be the entry hole and an exit hole on the left side.

The area where the body was found was taped off and the Sheriff’s Office put together a trained search team. Due to circumstances beyond their control, the search group did not meet again for two days.

On Nov. 27, the sheriff’s office received a call from individuals who found additional bones, a boot and a very corroded .22 caliber pistol. Investigators collected the items and put them into evidence.

Members of the sheriff’s office and WNF law enforcement searched the area again and found the matching boot and other items of interest.

On Dec. 2, deputies and volunteers again searched the area with metal detectors in a grid pattern and more items were found.

On Dec. 14, sheriff’s detectives, along with the Lawrence County Coroner’s Office, processed the bones and transported them to the Montgomery County Coroner’s Office to be examined by pathologists. A tooth was extracted from the skull for DNA comparison. The tooth and samples that Harper’s families provided in 2016 were taken by sheriff’s investigators to the Ohio Bureau of Criminal Investigation for comparison. The bones remained with the Montgomery County Coroner.

On Tuesday, BCI forensic investigators contacted the Lawrence County Sheriff’s Office. They advised that DNA had successfully been extracted from the tooth and compared with the known samples of Harper’s DNA and that it was a one in 1 trillion conclusive match.

The pistol was found to be a Harrington & Richardson .22 caliber LR Revolver. It had one spent shell casing and seven unfired cartridges.

Detectives are still waiting for a full report from the Montgomery County Coroner’s Office concerning the examination of the bones. Detectives have requested that the ATF search and compare the serial number of the revolver to see if Harper is the registered owner.

Harper’s immediate family was notified that the DNA test confirmed that it was Harper. The sheriff’s office expects to get the bones back from the Montgomery County Coroner’s Office in the near future and return them to the family for burial.

Harper was reported missing by his family after he sent a text message to his son, but failed to show up to see him and had not shown up for work since April 20, 2016.

On April 27, 2016, a hunter found Harper’s Toyota RAV vehicle at approximately the 8-mile marker of County Road 5 in Kitts Hill. The vehicle was unoccupied and there were no signs of foul play.

Investigators did find a letter of apology in Harper’s vehicle in his handwriting.

An extensive search was done with deputies, WNF law officers and other personnel on ATVs and horseback. Canines were also used in the search. A search of Harper’s home was conducted and Lawless said there were neither signs of foul play, nor any signs that Harper planned to be away from the home. Lawless said the family told that before Harper disappeared, he had shown some unusual emotional activity.

The case remains under investigation.

Senator promotes available resources such as flu shots in conference call WASHINGTON — Cold and flu season is at its... read more