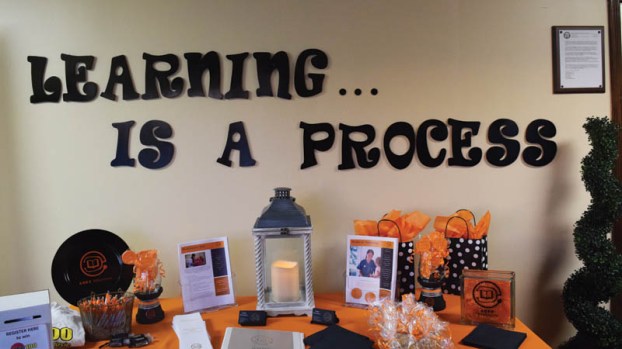 A grand opening celebration took place on Monday for ABBE Education, which will offer medical courses. The business was certified by the state of Ohio and will open to students on Feb. 12.

PROCTORVILLE — A crowd turned out on Monday for the grand opening of a new adult education center.

Plans for the locally-owned ABBE Education got under way back in September, and the new business was approved with the state of Ohio for its programming. Classes are set to begin Feb. 12.

Several local officials such as Lawrence County Commissioner Freddie Hayes Jr. and Juli Stephens, the field representative for U.S. Rep. Bill Johnson, R-Ohio, came out for the ribbon cutting at the facility, located at 6107 County Road 107, just west of the Proctorville-Huntington bridge in the A&L Home Care building.

Heather Ervin, the director of Allied Health, said the business is owned by five people and has a staff of six.

“We’ll be offering a tuition waiver for the first year,” she said, adding that anyone interested in the class can contact them at 740-861-8108.
Dawnetta Abbett, CEO for the company, said they will be adding medication aide classes, with the only prerequisite being a State Tested Nursing class.

She said those who do not have that can take the STN course through ABBE.

At 120 hours, those taking part will learn the administration of preparation of designated medications. The course will include classroom instruction, skills laboratories and clinical experience and observation.

Abbett said those who do not have the prerequisite can take the STN course through ABBE.