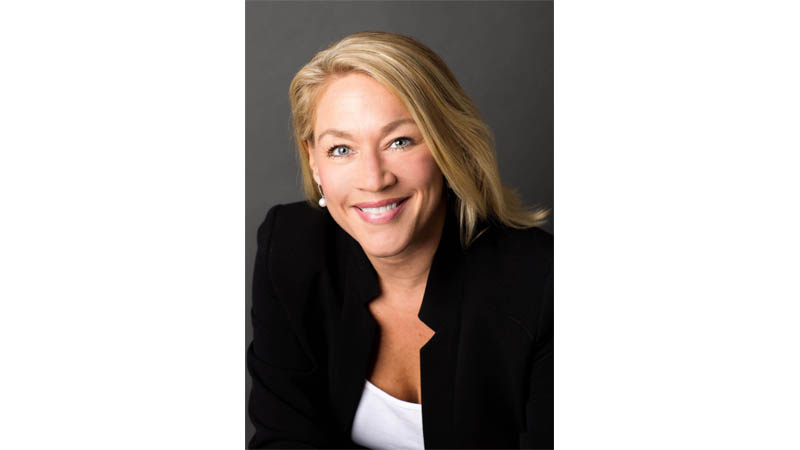 Melissa Ackison says she is not part of the political establishment and faces an uphill fight in her run for the Republican nomination for Ohio’s U.S. Senate seat.

But the Marysville businesswoman is optimistic about her grassroots campaign, which she said has kept her busy, traveling the state and meeting voters in person at town hall events.

Ackison made national headlines in 2017 when she was invited to the White House twice to take part in listening sessions on health care policy.

She said, as someone diagnosed with a lifelong bone condition, she was forced into Medicaid, despite her success as a businesswoman, after being unable to pay premiums and deductibles for a policy under the Affordable Care Act.

This month, she filed for the seat currently held by Democrat Sherrod Brown and will face Cleveland investment banker Mike Gibbons and U.S. Rep. Jim Renacci in the Republican primary.

Ackison’s campaign brought her to Ironton last Saturday, where she met with voters in a town hall at the Big Boy restaurant and took part in a broadcast of Dave Lucas’ Facebook Live program.

“It was a really, really good night,” she said of the forum.

Ackison was born on the west side of Columbus and currently lives in Marysville, but she said her husband has family in the Ironton area and that former mayor Bob Cleary, a second cousin, was among those who came out to support her.

Ackison is the second Senate candidate to visit Ironton this year. Gibbons made a stop in January for a forum organized by Lucas.

Ackison began her career in human resources, where she was a specialist making assessments or organizational capabilities after a company underwent mergers and acquisitions. She then would work to develop changes and help execute them and also served as a union negotiator.

At age 30, she ran a health care staffing company, which she said focused on the elderly, the disable and those unable to take care of themselves.

For the past 11 years, she and her husband have run a surveying and engineering company, which she said specializes in fiber optic cable. She said her company will likely be doing work in Lawrence County and other rural areas in the region to improve wireless service.

She said she spoke out about the health care legislation, passed by Democrats and signed into law by President Barack Obama, because she felt “the intrusion of government policy” was hurting families and small business owners.

She said one of the main issues she would focus on, if elected, is government entitlement programs, which she said were “written not to encourage work.”

“They’re the antithesis of what the American way was built on,” she said. “We have a taxpayer base that is dwindling because of high usage of these programs.”

Ackison said she feels that drug-testing is needed for those receiving funds from these programs and she feels those who are “able-bodied” should be required to work or contribute to society through community service.

“We need to create a meaningful work requirement,” she said. “This is not sustainable.”

She said there are jobs available in the state, but many are unwilling to work.

“We have one of the lowest job participation rates in the country,” she said of Ohio.

Ackison said she would also like to see an increase in skills training, such as apprenticeships and vocational schools.

“Traditional academia is not for everyone,” she said, adding that options besides college and “running up student debt” need to exist.

She said she also would tackle the opioid epidemic, something she said is directly related to the entitlement issue and employment in the population.

Ackison also touts her conservative record on issues, pointing out her pro-life activism and work with Alveda King, the niece of Martin Luther King Jr.  and states she has been active on Second Amendment and gun rights issues and has been a concealed carry permit holder since 2009.

She said, as a small business owner, she stands in sharp contrast to her opponents.

On Brown, who is seeking a third term in the Senate, she points to the fact that he has been in elected offices since 1975.

On the Republican side, she takes issue with Gibbons, who, while a newcomer to running for office, has served as a major fundraiser for Republican candidates.

“He says he wants to drain the swamp, he’s been funding the swamp,” she said.

She reserves some of her harshest criticism for Renacci, who was running for governor, then switched to the Senate contest after Ohio Treasurer Josh Mandel unexpectedly dropped out of the race.

Ackison said Renacci was courted by the White House to run for the seat, but that he submitted list of demands before making the switch.

Ackison said it was “the saddest night” she had seen when she heard Renacci speak on enetering the race.

“You’re telling me what demands the president met of yours?” she said, stating Renacci had “no plans” for the office. “How sad. He went in with demands and expectations.”

While Trump touted Renacci’s bid in his visit to Cincinnati last week, Ackison said this has not changed her efforts.

Ackison said she has a received a positive reception on the road and, as a small business owner, she has real world experience and a unique perspective on the issues and sees her candidacy as a chance to be a citizen legislator as the founders envisioned.

“We’re getting away from how are republic was designed,” she said. “It was supposed to be about the butcher, the baker and the candlestick maker.”