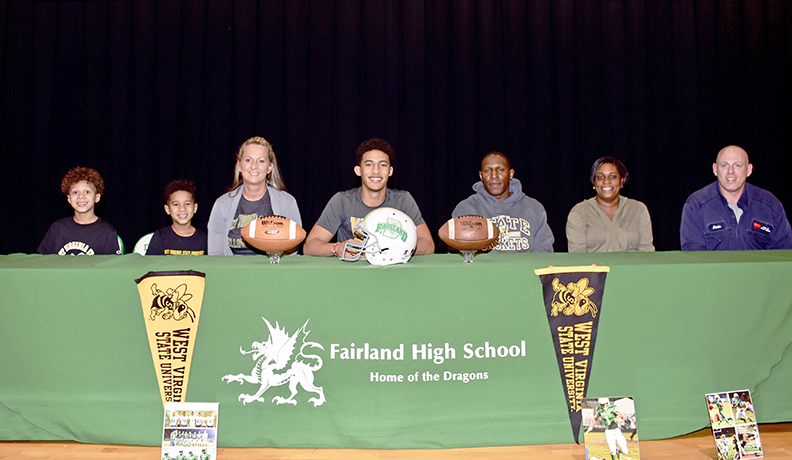 PROCTORVILLE — Keedrick Cunningham liked what he saw, but he wasn’t making his decision based on face value.
With offers from numerous schools such as Fordham, Richmond, Eastern Kentucky and Glenville State, the Fairland Dragons’ senior running back opted for the NCAA Division II West Virginia State Yellow Jackets.
“When I showed up to the campus they showed me the facilities and I liked the facilities. Don’t get me wrong, the facilities were nice, but that’s not what it was all about,” said Cunningham who plans to major in exercise science and then add a two-year business degree.
“What they impressed me with is their president stepped out and he said some stuff like, ‘We don’t just want you for these four years. We’re here to prepare you for the next 40 years.’ The way he spoke to me and the way the coaches talked, it’s a very upbeat coaching staff. They have a lot of energy and they had a great interest in me. I really appreciated that.”
And Cunningham was a very interesting player for the coaches to watch.
The 6-1, 195-pound Cunningham had an outstanding season as he led Fairland to a 6-4 record in which he ran 148 times for 1,691 yards — an 11.4 yards per carry average — and scored 17 touchdowns.
He was an All-OVC first team pick, a first team Div. V All-Southeast district choice and second team All-Ohio.
Cunningham became the first Fairland player selected to play in the North/South game since Dean Wilks in 1985.
Regardless of the school he picked, Cunningham planned to play.
“I don’t know how their coaching decision goes, but I feel like as a competitor and a player, anywhere I step to I was going to I was going to compete for a position. So, depth chart-wise I’m looking to get minutes,” he said.
The signing was extra special for the Dragons’ head coach who is a former D-IA All-American defensive back for Marshall University. He happens to be Keedrick’s father.
“For him moving to the next level and getting to play is a blessing. I can sit here and say it’s great he’s getting to play college football, but it’s a blessing he’s getting a chance to further his education because the ball’s going to go flat for us all. I know it went flat for me,” said Melvin.
“Thank God I was blessed to have parents who instilled the true value of what the college experience was and hopefully we’ve done that for him and he’s going to leave with a college degree and be able to give back to the community that he’s in and his family someday.”
Keedrick said getting the opportunity to play for his father proved to be helpful in his success and development.
“It was a good experience. I haven’t always played for my dad. So far, he’s been the best coach I’ve ever had,” said Keedrick. “I’ll always appreciate what he’s done for me.”
Although he is a starter for the Dragons’ basketball team, Keedrick said playing football at the next level has always been in his plans.
“It’s always been football since I was 5-years old when you can start playing in Mingo County (W.Va.). I had a father growing up that I knew played football and it just kind of led me that direction. I’ve always liked basketball, but all my work has always been toward football,” said Keedrick.
“I’m excited. It’s been a dream of mine for a long time.”
For Melvin Cunningham, he’s just glad he survived coaching his son. He admitted it is difficult to be the father and coach of a player.
“What makes it hard is all the spectators at the game. I think it would be a whole lot easier if your kid wasn’t talented. When your kid has some talent, now that becomes a hard thing for you as a coach because now people are going to say the things they want to say. We preached at our house that when you play well, what can they say? If they say anything, they’re the ones looking bad,” said Melvin.
“The things that he’s been able to accomplish is because of the work that he’s put in. But it is a hard thing. For anyone who has coached their kid, my hat goes off to them. I understand the challenges.” 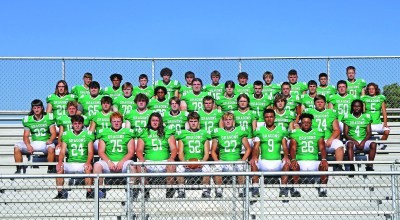