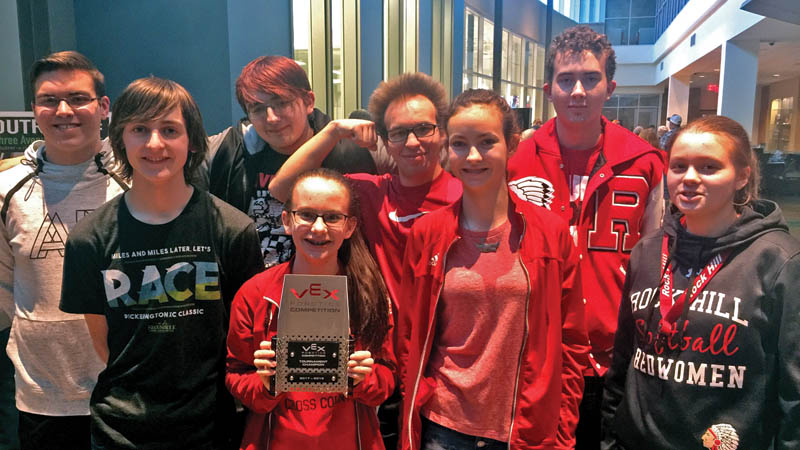 The VEX Robotics team from Rock Hill, after winning a championship in an alliance with Wayne High, will now be advancing to the state competition.

The Vex Robotics team from Rock Hill High School has earned a trip to the state championship.

The team, part of the Project Lead the Way program offered at the school through Collins Career Technical Center, was part of a championship alliance with Wayne High School at the Bridge Valley tournament on Feb. 10, Matt Monteville, satellite director for CCTC, said.

Students in the competition are given Vex robotics parts and are asked to design a build robots capable of carrying out assigned tasks, such as stacking cones or shooting tennis balls at a target.

Monteville said he is hopeful that several more teams will qualify based on the points they scored during the competition.