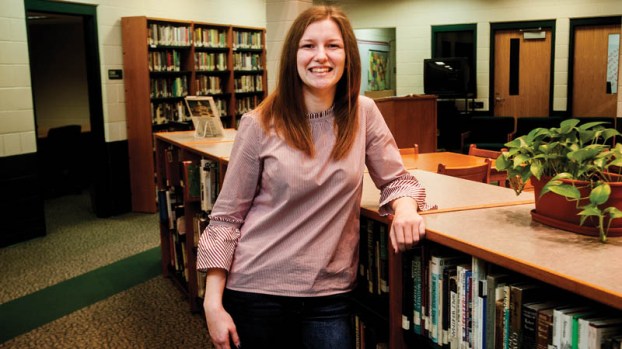 Marikate Polcyn, a senior at Fairland High School, received a Presidential Scholars Award from Bowling Green State University. She plans to study business administration, with a specialist in market and data analytics.

PROCTORVILLE — When Marikate Polcyn begins college in the fall at Bowling Green State University, she will find that most of her expenses are paid for.

Polcyn, a senior at Fairland High School, is the recipient of the Presidential Scholars Award from the university’s honors college.

The scholarship, given out as part of the Honors College Awards Competition at BGSU, is projected to cover $11,220 per year and $44,880 over four years.

Polcyn, the daughter of Rob and Jode Polcyn, said she plans to study business administration, with a specialist in market and data analytics.

She said she is undecided for now as far as a career path beyond that.

At her high school, she serves as copy editor for the yearbook and treasurer for the Beta Club, math club and the prom committee. She also plays on the school’s volleyball team.

She said she was unaware of the award she received until she came back from the college, where she had gone to interview for two other awards.

“My dad found out about it,” she said, explaining that the interviews for the two scholarships qualified her for the Presidential Scholars Award.

Shannon Cleary, who works as a scholar recruitment student coordinator for BGSU, said the award will cover full in-state tuition for Polcyn.

She said to qualify the award, Polcyn needed to have at least a 3.8 grade point average and score a 30 or higher on the ACT.

“They also did an essay and 50-60 came to the school from Jan. 26-27 for Scholarship Day,” Cleary said, adding that 25 students received the award.