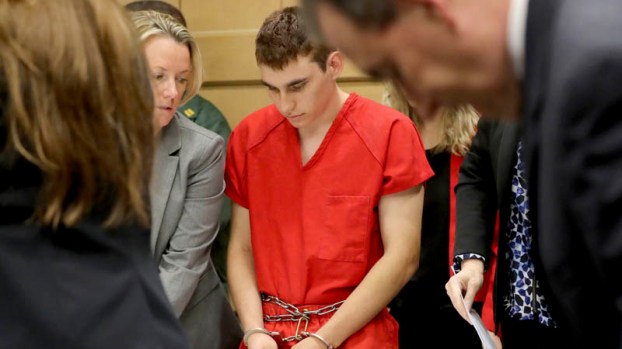 After Parkland shooting, even idle school threats get tough response

The Feb. 14 killings of 17 people in Parkland, Florida, have ignited a wave of copycat threats, as happens after nearly every high-profile school shooting.

Most prove unfounded, but cause big disruptions to schools while tying up police for hours or even days.

Experts say authorities’ swift responses are underscoring a climate in which even idle threats will result in serious consequences.

“Kids make bad decisions and I think that in decades past those decisions would have been addressed behind closed doors with the principal and parents,” said Ken Trump, president of National School Safety and Security Services, a Cleveland-based consulting company. “Now they’re being addressed behind closed doors in the police station and the courtroom.”

Don Bridges, president of the National Association of School Resource Officers and a veteran of 16 years on duty at Franklin High School in suburban Baltimore, said the number of threats goes down when districts send a strong message that they won’t be tolerated.

In Lawrence County, there are four students, three females and one male, who were jailed after making threats against their schools. All are waiting for their day in court.

The Educator’s School Safety Network, which tracks reports of school threats and violent incidents across the country, has documented a spike since Parkland.

The Ohio group counted 797 as of Sunday. Most (743) were for threats of various kinds, including gun and bomb threats. The threats were made mostly via social media (331) and verbally (119).

That amounts to about a sevenfold increase in the usual rate, director of programs Amy Klinger said.

“The mentality has shifted in a very short period of time from kids being kids to this is very serious stuff,” she said. She expects consequences of post-Parkland threats to be harsher than before.

“They almost have to be,” she said. “Do we want to do this for the rest of the school year? Do we want to have this constant chaos and fear, and people being upset? How much learning is going on?”

A grand opening celebration will take place on Monday for the new Signarama location in South Point. The event is... read more