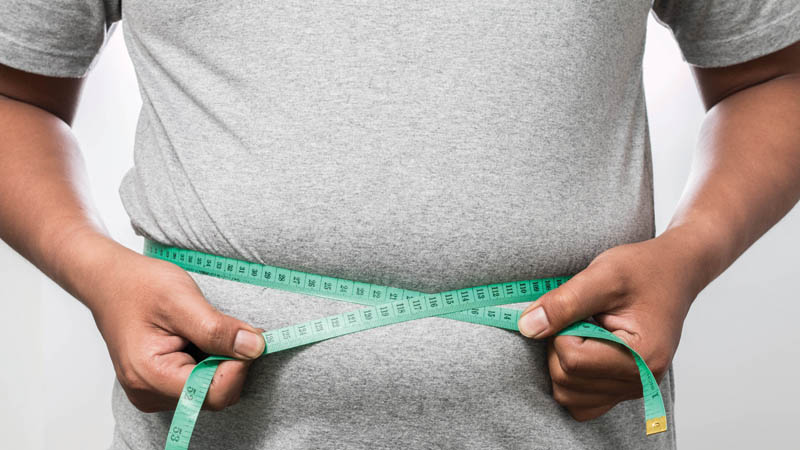 A study from the Robert Wood Johnson Foundation ranks Lawrence County’s health outcomes rate at the seventh highest of Ohio’s 88 counties, a step down from 82 out of 88 last year.

Lawrence Countians are not healthy.

A study from the Robert Wood Johnson Foundation ranks Lawrence County’s health outcomes rate at the seventh highest of Ohio’s 88 counties, a step down from 82 out of 88 last year. The study said that 38 percent of the adults in the county are obese, compared to the state average of 32 percent. The physical inactivity rate is 36 percent as opposed to the state rate of 26 percent.

The Center For Disease Control defines an obese weight for a 5-foot, 9-inch person as 203 pounds or more and extreme obesity as more than 271 pounds.

While the ranking is bad, it is better than it used to be.

Betty Fisher, a registered nurse and accreditation coordinator with the Lawrence County Health Department, said that Lawrence County, per the annual Robert Wood Johnson Foundation study, used to have the highest obesity rate in the state.

Fisher said three years ago, Lawrence County bumped up to 82.

“Which was great, but this year, we are 83,” she said, adding the county health department did a community health assessment in 2015 with the assistance of 15 groups and got 500 responses to the survey. She said their tally came about the same as the Robert Wood Johnson study.

Fisher said that the areas they are not seeing improvements in are obesity, physical inactivity, sexually transmitted diseases and violent crime.

Fisher said it is hard to understand about the physical inactivity since there are so many parks in the community, plus access to Wayne National Forest.

“We have to figure out to get people to exercise when they don’t,” she said. “We have a lot of work to do, but we are making good strides.”

There are programs available to help people eat healthy and exercise more. The Lawrence County Health Department has a free class called “Healthy Weight,” but the issue is getting people to attend.

“Sometimes we may have 10 people, sometimes it might just be me and my administrator,” Fisher said. The class has an exercise component and sometimes a cooking demonstration on how to use fruits and vegetables in a healthy way.

“Last week, we made shamrock shakes using spinach and they were so good,” she said, adding that one person who has been taking the class has lost 60 pounds. “We have all kinds of equipment like an air fryer. It’s like everything else, you have to be committed and want to do this.”

Another project they had through a USDA grant was “Veggie U.” Students were given seeds and soil and learned how to grow their own garden vegetables. They also learned about what portion they should have of vegetables and fruits.

“The hope was that the children would be more likely to eat vegetables that they have grown,” Fisher said.

Laura Brown, the director of the Ironton Health Department, said there are resources and programs available to help people.

“The trouble is that not a lot of people take advantage of them,” she said. “There are a lot of activities throughout the year.

One she mentioned is the Ohio’s Steady U’s “10 Million Steps to Prevent Falls” program.

The goal is to have 4,000 Ohioans walk a mile, which equals 10 million steps. The event held last fall at the Ironton Farmers’ Market attracted a couple hundred people.

“Maybe we should do more of those,” Brown said. “I don’t know what we can do to get people out and more active.”

The Lawrence County OSU Extension has a program, called SNAP-Ed, for people who qualify for SNAP benefits. The goal is to get people to expand their food cooking into healthier choices and to still stay within a budget. Peggy Jensen runs the classes.

“SNAP-Ed is new to Lawrence County, but it has been going nationwide for years,” she said. The USDA funds the program to show people how to make a healthy plate with fruits and vegetables and to encourage healthier eating. She works with the health department, Lawrence County Common Pleas Judge David Payne’s juvenile program and Ohio Means Jobs.

“I’ve been working with them for 10 months and we’ve been seeing great results,” she said. “They are excited about what they are learning.”

She said one of her next goals is setting up a community garden.

“If people grow it, they are more likely to try vegetables,” Jensen said. “And they are always more tasty.”

She also shows them how to make healthier foods that are still tasty and affordable.

“My spaghetti recipe only costs 96 cents a serving, you can’t even get a hamburger for that price,” she said. “It’s a way of showing them new options and to get them think about what they are putting in their mouth.”

Ohio University Southern will host a group discussion so they can come up with a community health improvement plan, which will focus on obesity, substance abuse and access to healthcare in Lawrence County. The meeting will be from 10 a.m.-1 p.m. Thursday.