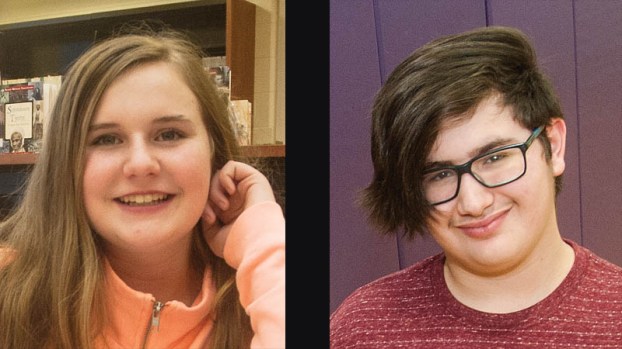 Danielle Leonard, of Ironton, and John Tyler, of Chesapeake.

Four qualified to compete in event in Athens

ATHENS — Two spellers from Lawrence County made it into the top 10 and the final rounds at the Scripps National regional spelling bee on Saturday.

The competition was between 50 students from fourth through eighth grades who were winners at their individual schools and had taken an online test to qualify.

The bee was won, after 11 rounds of spelling by Nilla Rajan, who successfully spelled “Mozambique.”

Leading the way of the four Lawrence County students who went to the bee was Danielle Leonard, a sixth grader at Ironton Elementary, who was competing in the event for her second consecutive year.

Leonard came in fifth place, making it to round 8, and was eliminated after misspelling “Tivoli.”

Coming in tenth place was John Tyler, an eighth grader at Chesapeake Middle School, another return participant in the bee.

Tyler went to the seventh round, before misspelling “association.”

Two more Lawrence County students made it to the fourth round of spelling.

Hannah McKenzie, a seventh grader at South Point Middle, came in 20th place, while Emily Ferguson, a fourth grader at Fairland West, who won Lawrence County’s bee in her first year of eligibility, came in at 27th place.