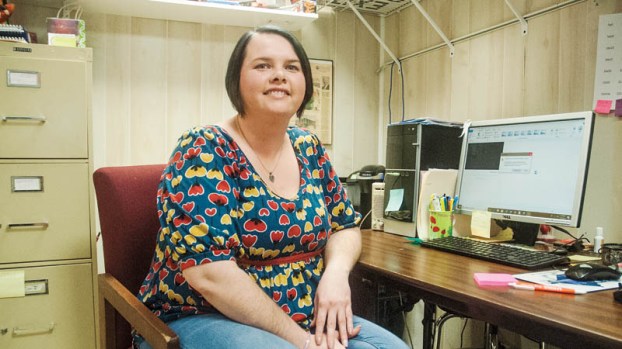 Former rental agent Dana Smith was promoted to the position a week ago, Mary Cogan, owner of the business, located on Solida Road, said.

Smith is a 2003 graduate of South Point High School and said she grew up in the village.

Prior to working at the business, she had a background in daycare.

Smith said her favorite part of the job is that “there’s something different every day.”

“You never deal with the same people every day,” she said. “There’s always something different going on.”

She is also a single mother, fostering two children.

“Hopefully, in six to eight months, we’ll be able to adopt them,” she said.

Cogan praised Smith for what she brings to the office.

“She’s fun,” she said. “She’s interesting. She’s hardworking. The customers love her and she’s knowledgeable about every facet of the job.”

Brown up by double digits in Senate race