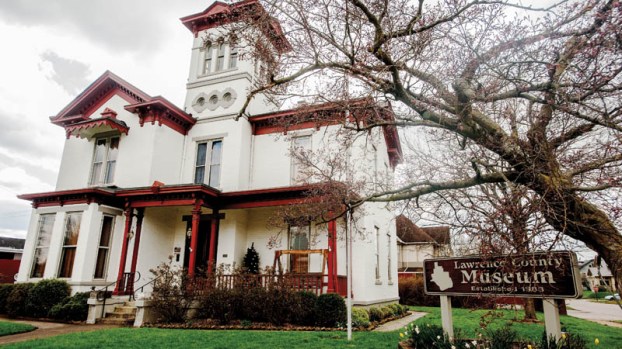 The Lawrence County Museum will open for the season on Sunday. Refreshments will be served to guests.

County museum to open for season

The Lawrence County Museum is opening up for the season on Sunday.

This is the 30th year for the museum. It was opened in 1988 by the Lawrence County Historical Society in the former Gray family house at 506 S. 6th St. in Ironton.

The museum is planning to celebrate its third decade this fall, since that is the time of year the museum opened. As for whether they thought the museum would survive this long, Kay Rader, a museum trustee, said they knew it would.

“Oh, yes. We were very optimistic,” she said. “We thought it would grow. We have such a wonderful history and you can tell that by the wonderful buildings we have in town. We are just trying to keep our history alive.”

She said that when they kick off their 2018 season on Sunday, they would be serving punch and cookies to guests.

The museum has a number of activities throughout the year including being part of the Historic Church Walk, the Ghost Walk in the fall when members of the community dress up as historic people in Lawrence County history, a bean dinner, a pie social/contest in the summer, and every year they have a music program that honors someone who has contributed a lot to community through music.

“This year we are going to honor Betty Walters,” Rader said. “Betty has been the choir director at the Resurrection Hope United Methodist Church for many, many years.”

“We are a house museum,” Rader said. “That means we have rooms that are fixed up just like when the house was built way back in 1870.”

Among the rooms are ones that focus on Nannie Kelly Wright, who was the world’s first female iron master. She was rumored to be the second richest woman in the world at the time, beaten out by England’s Queen Victoria. She was famous locally for not only her position, but for throwing lavish parties. There are also display rooms of Reverend John Rankin, a prominent abolitionist of slavery, of John Campbell, founder of Ironton, and a military room that is a tribute to America’s armed forces.