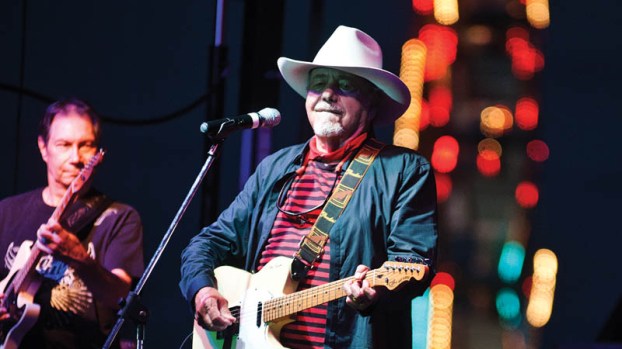 Bobby Bare to perform at SSU

PORTSMOUTH — Pedro native Bobby Bare will perform at Shawnee State University at the end of April and he’s bringing along a couple of famous friends.

Bare will perform at the Vern Riffe Center for the Arts in Portsmouth on April 27, and guests will include Ricky Skaggs, Rick Ferrell and Jacob Tolliver.

The concert is a benefit show to raise money for a mural on the Portsmouth floodwall that will pay tribute to entertainers from the area.

Bare, who will turn 83 on April 7, has stepped away from doing big tours, but still makes time for festivals, the Grand Ole Opry and special occasions.

This year marks 60 years of being in the music industry for Bare.

While still a teenager, Bare formed a band and performed around Springfield.

Figuring he could do better, he hitched a ride to California and ended up signing with Capitol records.

His rock and roll singles didn’t do well and he signed to a smaller label when he got drafted.

Before he shipped out, he wrote All American Boy, which a record label put out under someone else’s name.

He didn’t find success in the country field until he signed to RCA. In 1962, his song “Detroit City” went to number 6 on the country charts. That began a string of hits that included 60 top 40 hits and lasted into the early 1980s.

In 1998, he formed the band, Old Dogs, with his friends Jerry Reed, Waylon Jennings and Mel Tillis, and released a self –titled album of songs penned with poet Shel Silverstein.

In 2013, he was inducted into the Country Music Hall of Fame. He has also had multiple Grammy wins.

In 2017, Rolling Stone named him one of the 100 Greatest Country Artists of All Time.