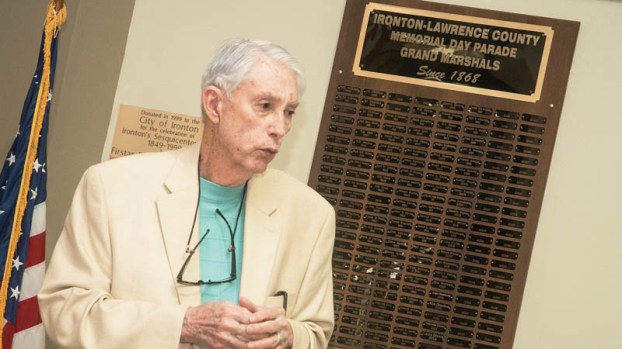 New plaque names those who have led the parade

A plaque will memorialize all the people who have served as the grand marshal of the Ironton-Lawrence County Memorial Day Parade in the past 150 years.

On May 7, a small ceremony was held in the lobby of the Ironton City Center.

Thinking of the future, the plaque has room for 200 names, although it may not have the name of everyone who led the parade because despite extensive research, committee members couldn’t find the names of everyone who served as a grand marshal.

“What we want to do is honor our grand marshals as part of our 150th parade,” Pierson said.

The dedication was the first of several events proceeding the parade on May 28. Other upcoming events include Navy Night on May 24, the past grand marshal dinner on May 22 and veterans memorial service at Woodlawn Cemetery on May 27.

Mothers of special needs children relate experiences Mother’s Day is set aside each year to honor and show appreciation for... read more