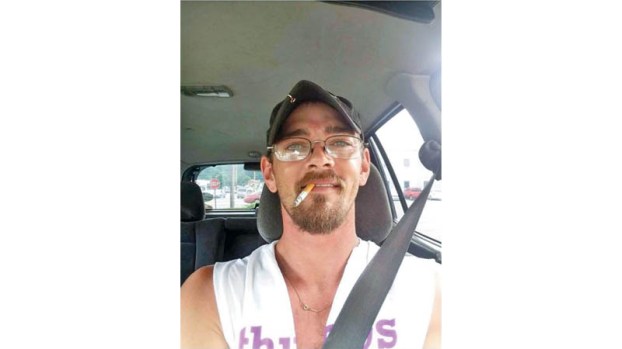 An Ironton man has been reported missing and his family and friends are looking for him.

Chad Marshall was last seen at Boomer’s on Third Street in Ironton around 2 a.m. on Saturday, May 19.

He is aged 29, is 5’8”, 160 pounds, with brown hair and blue eyes. He has a circle scar on his right chest, several tattoos on his arms. He also wears glasses and has a goatee.

His mother, Kate Marshall, said Chad had recently completed a detox program
She said last text she got from him was at 2:16 a.m. and he was at Boomer’s with a person he had met at the detox program.

“Chad and his wife are separated and he was despondent over that,” she said, adding that her son and his friend decided to forgo their AA vows and break over. According to the gentleman he was with, they had been drinking at his apartment most of the evening and decided to go to Boomer’s” to see a band play.

Kate Marshall said she didn’t know if Chad was drinking because he didn’t have any money with him, but that people had seen him playing pool and he seemed to be in good spirits.

“It wasn’t like he was falling down or anything like that,” she said, adding that Chad had been phoning his wife and to a friend who was trying to talk him down from doing anything serious. She said when the bar closed down, he handed his phone to a friend and walked away. “And no one has seen or heard from him since.”

Friends and family have had search parties out looking for him, but to no avail. Kate Marshall said they have checked with everyone they can think of and looked every place they thought he might have been.

“He’s on foot, so there are a thousand possibilities,” she said. “I’d like to think that if he was capable of contacting us, he would. I don’t think he would put his child through this.”

Chad Marshall has a five-year-old son and they haven’t told him that his father is missing.

“Chad is very close to his grandmother and I can’t think that he would put his grandmother through this,” Kate Marshall said. “He has got to be somewhere. I don’t know what to hope for at this point, we just need some type of answer. Maybe, if we get the word out, he will know we are looking for him and he’ll come back. We are just very worried.”

Friends have set up a Facebook page, Help Find Chad Marshall, and have put up fliers on telephone poles around Ironton.