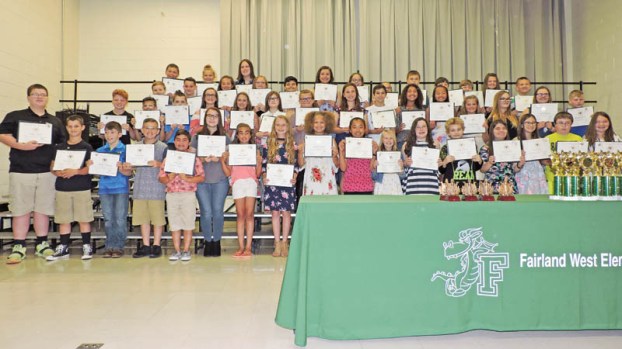 This award recognizes academic success in the classroom. To be eligible, students must meet the requirements of a cumulative 3.5 grade point average or higher in their fourth and fifth grade years, and also score high achievement in reading or math on Ohio’s state tests.

Johnson read a letter of congratulations from President Donald Trump. The students received a copy of the president’s letter and a gold-embossed certificate signed by Trump.

“The President’s Education Awards Program was founded in 1983,” the message read. “Every year since then, the program has recognized students who meet high standards of academic excellence. I am honored to join the President, your community and your school in recognizing you with the 2018 award. Education is a lifelong process of learning and discovery that offers unlimited rewards for those who thirst for knowledge and are willing to work hard. I commend you for your academic achievement and hope your will continue to pursue your educational goals.”

The field at the Ironton Hills Plaza is dressed up for the Memorial Day holiday ahead of the 150th Ironton-Lawrence... read more