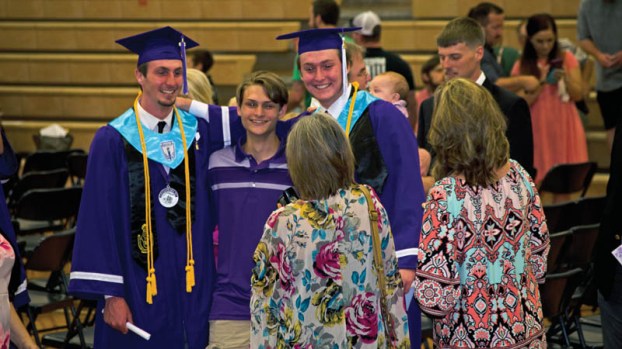 Chesapeake graduates post for photos after the graduation ceremony on Sunday.

“They’re very involved in community service and the National Honor Society,” he said.

He said the graduates were signed up for colleges across the country.

“We have kids going all over the east coast, to schools in Florida, some to Ohio State,” Smith said.

Smith said he has known these students for five years, having first met them at the district’s middle school when they were in the eighth grade.

“I was principal at the middle school and they came over with me,” he said.