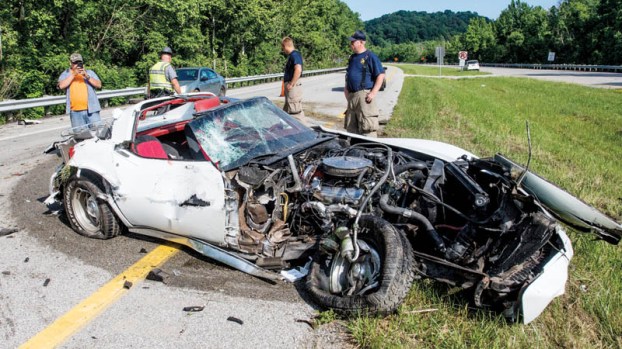 One injured in Wednesday morning accident

One person was taken to the hospital after an early morning accident.

At 9:09 a.m., first respsonders were called to mile marker 6 on U.S. 52 after a Corvette, going westward, crossed the median and struck a box truck in the eastbound lane.

The driver of the Corvette, Mike Statton, was taken to the hospital with injuries.

“He was talking, he just had a couple of cuts on his head,” said Ironton Fire Department Capt. Craig Thomas. “He was coherent and talking, we didn’t have to cut him out of the vehicle.”

The driver of the box truck, Steven Thompson, had no injuries.

SOUTH POINT — The village council of South Point met Tuesday night. Among the items of business were: • The... read more