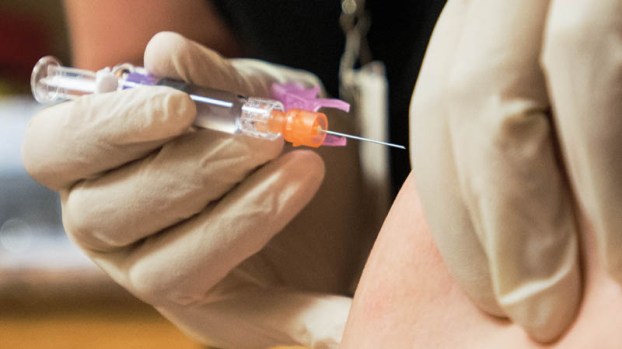 County has 20 reported cases of hepatitis A, highest in Ohio

Lawrence County has the highest number of reported cases of hepatitis A in the state of Ohio and the Lawrence County Health Department is taking steps to stop the spread of the disease.

“We had 20 cases reported since March,” said Georgia Dillon, the county health commissioner. “It is a lot higher than normal.”

She said it was originally thought to be a food-borne outbreak like the recent cases in Kentucky and West Virginia, but it “is mainly among drug users. People who use IV drugs and exchange needles get it because it is very easy to transfer it that way.”

Most cases of hepatitis A are usually transferred by using the bathroom or changing a baby’s diaper and hands not being washed with soap and water afterwards.

Dillon said the health department has 300 doses of vaccine and is coordinating with local treatment groups, Suboxone programs, the City Mission and the homeless shelter in an effort to get high-risk groups vaccinated.

“We are also doing walk-in clinics everyday for people who are uninsured or underinsured,” she said. To get the hepatitis A vaccine at the health department’s office at 2122 S 8th St, Ironton, a person just has to go between 9-11 a.m. or 1-3 p.m., Monday-Friday.

For those who have insurance but can’t afford their deductible, there is a $10 charge for the 317 vaccine, which the Center for Disease Control recommends as most effective.

Dillon said that hepatitis A can be recovered from without getting a vaccination but she really does not recommend that course of action.

“You can. But the strain that is going around has a very big potential to make people sick, especially for those that might have hepatitis C” she said. “So, if you get hep A and hep C and you have a liver that is already damaged, you’re more at risk for complications. You can have liver failure or death on the far end of the spectrum, but people who have it have symptoms of nausea, vomiting, abdominal pain, get jaundice, have a fever, are very, very tired or not be able to eat.”

Dillon said that she recommends anyone get a shot if they might be exposed to the virus.

“We are trying to prevent the further spread of this disease,” she said.