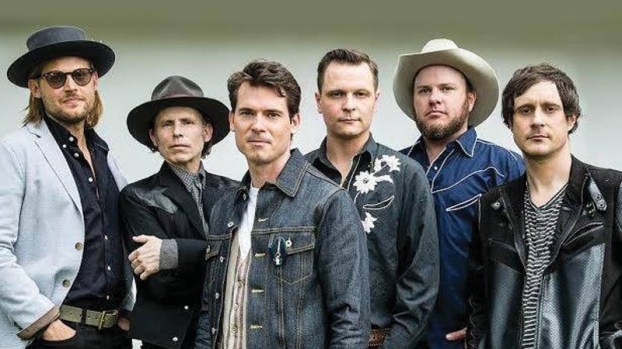 Old Crow Medicine Show is set to perform at the Paramount Arts Center on Thursday, Sept. 6.

ASHLAND — A Grammy-winning string band, a popular country acts from the 80s and 90s and TV’s Thelma Harper are among the acts headed to the Paramount Arts Center this year.

Old Crow Medicine Show will perform at the theater, located on Winchester Avenue in Ashland, on Sept. 6.

The Americana act from Nashville are celebrating their 20th anniversary as a group and have released six studio albums to critical acclaim.

They are best known for their 2004 song “Wagon Wheel,” based around an unfinished 1973 Bob Dylan composition, informally titled “Rock Me Mama,” The group added verses to complete the track, which was nominated for Song of the  Year at the Country Music Association awards.

Two well-known and bestselling country acts will also be performing at the theater in coming months.

Vince Gill, who has released 20 albums since his 1984 debut, is set for a Sept. 29 date, while Christian/country act Diamond Rio, known for their platinum selling 1990s albums, will appear on Nov. 3.

In addition to music acts, the theater will also play host to the comedy of Vicki Lawrence on Sept. 15, along with her alter ego, Harper, the feisty matriarch of “Mama’s Family” and “The Carol Burnett Show.”

“Vicki Lawrence and Mama: A Two-Woman Show” is set for Sept. 15 and will begin with Lawrence, who brings her stand-up comedy, music and observations about life, followed by the arrival of Mama, who Lawrence says will give audience an earful of opinions on modern life from “the crazy old gal.”

For more information and to purchase tickets, visit www.apramountartscenter.com or call the box office at 606-324-0007