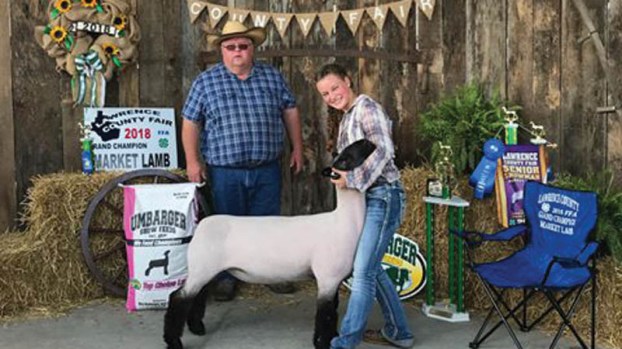 Hayley Pancake, a senior at Symmes Valley High School and member of Over Yonder 4-H Club, was the grand champion in Monday’s market lamb competition at the Lawrence County Fair.

ROME TOWNSHIP — Hayley Pancake was the grand champion in the year’s market lamb competition on Monday.

This is her second year in a row winning the top honor in the competition. She was also named senior showman and will compete in today’s showman of showmen event.

Pancake has won grand champion twice with goats and twice with lambs in her nine years in 4-H. She is a senior at Symmes Valley High school and is a member of Over Yonder 4-H Club.

Haley also won both grand and reserve champion in the sheep breeding show.