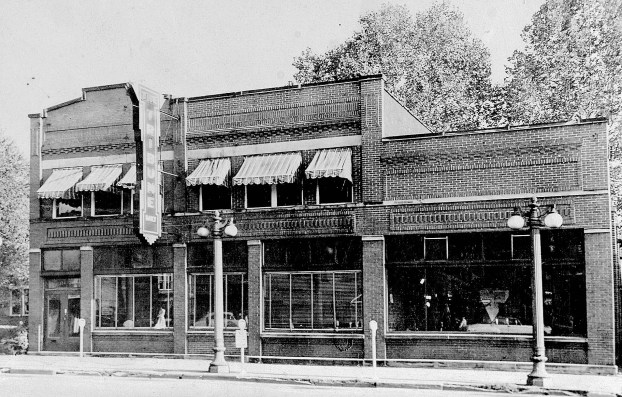 The former downtown location of The Ironton Tribune. The paper moved to it current location at 2903 S. Fifth Street in 1974.

Continuing a proud tradition of 90 years

The year 1928 was an eventful one and the Roaring Twenties were still in full swing,

The medium of radio was in its infancy, with stations beginning to launch in many cities.

Alexander Fleming discovered penicillin , changing the medical field and saving millions of lives, Babe Ruth and Lou Gehring led the New York Yankees to victory in the World Series and Amelia Earhart became the first woman to take part in a flight across the Atlantic.

The yo-yo first appeared on the market and animator Walt Disney introduced audiences to his co-creation with Ub Iwerks, Mickey Mouse.

In film, “Our Dancing Daughters” turned actress Joan Crawford into an overnight star, while the first feature sound film, “Lights of New York,” was a hit at the box office.

Democrat A. Victor Donahey was in his second term as Ohio’s governor. Locally, the Ironton Tanks, one of the first semi-professional football teams in the United States, were playing rivals across the country.

And it was on today’s date in that year that two newspapers, The 78-year-old Irontonian and The Ironton Register merged and the first edition of The Ironton Tribune hit the stands.

In the following nine decades, the news industry has undergone massive changes, with the rise of radio, television, cable and the Internet, but our commitment to community news remains as strong as ever.

Whether it’s the business of local councils and the county commission, coverage of police, courts and crime, honoring the accomplishments of students and athletes, or being there for events such as festivals, the county fair and the annual Memorial Day parade, The Tribune, will continue to bring you the latest on Ironton and Lawrence County, providing a local focus to distinguish it from other regional outlets.

It is our aim to bring accurate, up-to-date information about the community you live in.

Our daily editions providing the latest headlines and local advertisements to the city and county and our columnists offer a local perspective on issues and lifestyle topics, our special sections give an in-depth look at events year-round and our Tri-State Living magazine showcases the many great things about our region, while our website, social media and e-edition continue our mission into the digital age.

We would like to take this time to honor all of the reporters, photographers, editors, publishers, designers and press and delivery crews who built the legacy which we strive to carry on. It is on their shoulders that we stand.

And, most importantly, we would to express our appreciation to our readers and advertisers for their business for all of these years. Without you, none of this would be possible.

Thank you for your support and keep reading.

Casually throwing my father under the bus

If a liberal like Jesse Jackson went on CNN and accused my father of being a “known womanizer” like President... read more