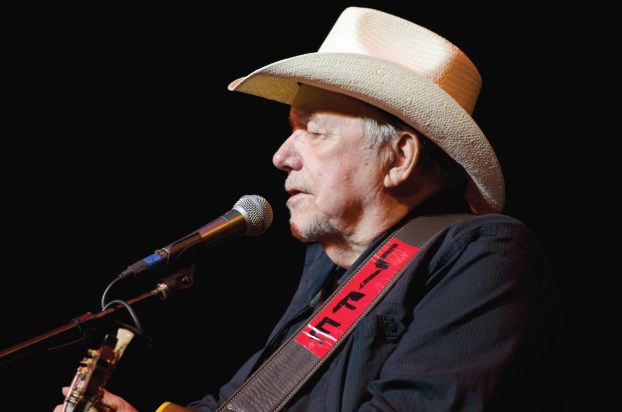 The Tribune/Heath Harrison Bobby Bare performs at the Vern Riffe Center in Portsmouth in this April file photo.

NASHVILLE — With a career in country music spanning five decades, Bobby Bare has seen much and has a lot of stories to tell.

The Lawrence County native and Country Music Hall of Famer recently launched a new podcast, “Bobby Bare and Friends,” which will feature his conversations with a number of figures in country music.

The show debuted on Aug. 1, with an episode featuring Jamey Johnson, and new shows are set to be recorded through October.

Bare, 83, will host the show, produced by 650 AM WSM in association with 117 Entertainment.

Trace Adkins will appear on the show on Aug. 15, followed by Jessi Colter and Billie Joe Shaver on Aug. 29, Delbert McClinton and Joe Ely on Sept. 12, Ray Stevens on Sept. 26 and Bare’s recent touring partner, Bill Anderson, on Oct. 10.

Bare, who grew up in Pedro, is best known for his hits “Detroit City,” “500 Miles Away” and “Marie Laveau.” He was a member of the band Old Dogs, along with Mel Tillis, Jerry Reed and Waylon Jennings, in which the group performed songs written by Bare’s frequent collaborator, Shel Silverstein.

Bare rejoined the Grand Ole Opry on his birthday in April, with Garth Brooks joining him onstage to welcome him back.

Signed photos and albums by Bare will be among the items at Harvest for the Hungry Food Pantry’s silent auction on Aug. 18 in Ironton.

Ironton In Bloom will have food at farmers market on Saturday

A part of their long-standing tradition, Ironton In Bloom will be offering free food at the Ironton Farmers Market on... read more