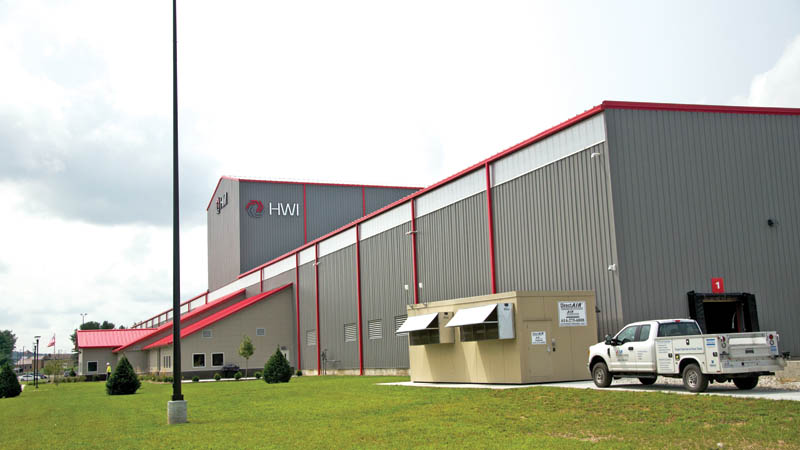 HarbisonWalker International will host a ribbon cutting for its South Point plant at the Point industrial park today. The facility is expected to employ 40 people.

Media and invited guests will be given a tour of the new 120,000-square foot plant at The Point industrial park, which the company describes as “one of the most technologically advanced of its kind.”

The company broke ground on the monolithic refractory facility last June, the result of a $30 million investment in Lawrence County.

The company has hosted several job fairs in the region for the plant, the company’s first since 1978, which is expected to employ about 40 people when fully operational.

HWI is the largest refractories company in the U.S. and produces heat and chemical-resistant materials used in manufacturing.

The company’s products can take the form of bricks and mortar or chemical compounds, and are used in things such ladles for molten steel, glass production, the chemical industry and artisan kilns.

“There’s nothing made in the world that hasn’t, at some point, touched a refractoring product,” company CEO Carol Jackson told the crowd at the Lawrence County Chamber of Commerce dinner in 2017. “We’re all around you, whether you know it or not.”

Jackson has said they chose South Point due to being courted by the Lawrence County Economic Development Coalition and the transportation options and logistics of a Lawrence County site.

LEDC president Bill Dingus said the opening was great news for the region.

“It’s very positive our county to get a major international manufacturing corporation with the most modern monolithic process,” Dingus said. “We hope this leads to additional investments in our community as a whole. They have been a great community partner.”

HWI is one of several economic developments in the county LEDC is involved with, including the new Mariott hotel set for Ironton, a strip mall on Commerce Drive in South Point and a new contracting company to open soon at The Point, Dingus said.